I’m sitting at Lalbagh gardens. The sun is already strong but it doesn’t bother me. I sit in the shade of a Tree, listening to the birds. I can’t see them but know they are there somewhere up in those branches. I sense a gentle breeze. I could have been someplace else. But, I am here and I wonder: Why do gardens matter to us? Not all of the Public spaces in the city are what Lalbagh is. So, what is Lalbagh? How did it come about? How much of what Lalbagh is comes from the trees that belong here? 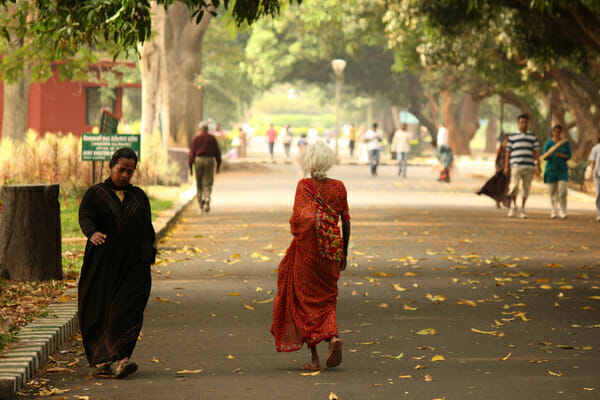 In the edited collection, ‘The Meaning of Gardens’, Mark Francis and Randolph Hester point out that the ‘garden as idea’ is the balancing point between human control on one hand and wild nature on the other. The ‘garden as place’ is plants, material and objects arranged in space, which may expand beyond the home to become a part of the neighbourhood. And, ‘garden as action’ is when it relaxes, teaches and connects. The power of the garden, they say, lies in its simultaneous existence as an idea, a place and an action. In his book, ‘A Philosophy of Gardens’, David Cooper argues that the garden matters as an intimate co-dependence between the creative activity of humans in the world and the ‘mystery’ that allows there to be a world for them at all. 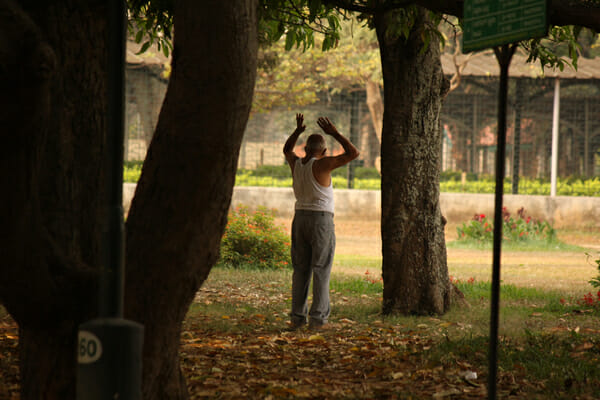 Coming back to Bangalore, Lalbagh was originally started as a private garden of 40 acres by Hyder Ali, a ruler of Mysore in 1760. Janaki Nair, in ‘The promise of the metropolis: Bangalore’s Twentieth century’ points out that the British constituted an Agri-Horticultural society at Lalbagh in 1839, which continued to disseminate flowering plants and seeds from North and South America, the Cape of Good Hope, Australia, China, Great Britain and Mexico. In 1856, Mark Cubbon declared this garden as the Botanical garden of the Government of Mysore. It encouraged the growth and propagation of exotic plants, flowers, and fruits, which were widely disseminated in the regions of Mysore and beyond. Plants were procured from as far afield as Kabul, Mauritius and Turkey. 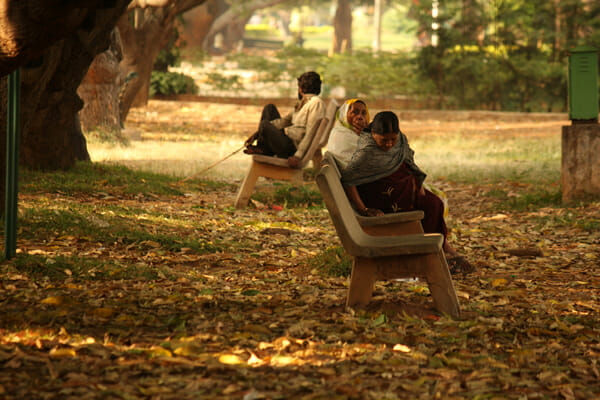 The Mysore Horticultural Society published a book in 1991 called the ‘Glass House:The jewel of Lalbagh’ which through its collection of essays narrates the history of the public gardens and how it came to be used. C.J.Devanath writes in ‘My Bygone Days in Lalbagh’ that it was in the olden days, a venue for various social and cultural activities. One of these was the annual get-together of the Kodava families where one saw Kodava men, women and children in their colourful costumes, dancing and playing games. During those days, the poultry show along with the flower shows used to be held at Lalbagh every year. In such shows, the best hens, turkeys, ducks and various kinds of fowls used to be displayed. 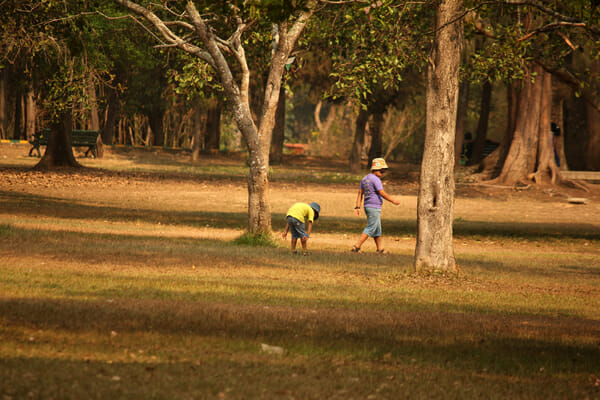 That was then. Today, for many of us, some part of the time spent at Lalbagh is about recording that ‘we have spent time there’. Everyone has a cell-phone or a tablet that can take a photograph. And, all over Lalbagh, you see people taking pictures of each other against the backdrop of a tree or against the expanse of the lawns. As you enter the Public gardens from its Main gate, you see the ‘Lalbagh rock’. It has been identified by the Geological Survey of India as one of the best exposures of the Peninsular Gneiss rock mass, protruding high above the ground as a hillock dated 2.5 to 3.4 billion years and is today declared as a National Geological Monument. 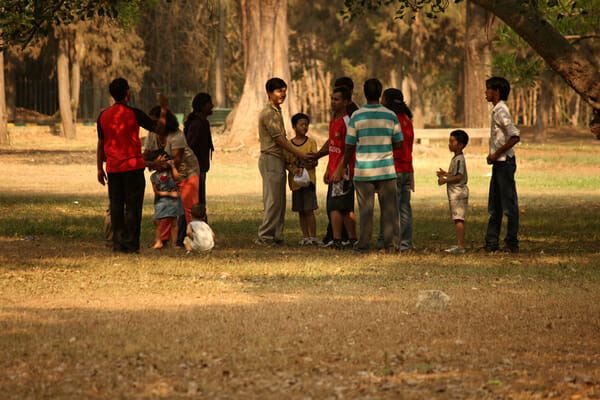 On a typical day, you see the sun rise just behind and a little above the rock making its entire surface a conducive environment for people to do their morning exercise routine. Some do yoga, others do stretches; some meditate, others simply sit down for a quiet chat in the morning. It seems to be a place for people to begin their morning with. In other parts of the gardens, the activities differ depending on the time of the day and the day of the week. On a weekday, the garden is almost empty after ten o’clock in the morning and on a weekend, you find people spending time with their families with the picnic starting with morning breakfast on the lawns and going on until lunchtime or perhaps longer. In some parts of the garden, people walk or exercise, in other parts of the garden, you see youngsters playing cricket. Somewhere there are groups of elderly men or women sitting around together for a daily or weekly chat under a cluster of trees. 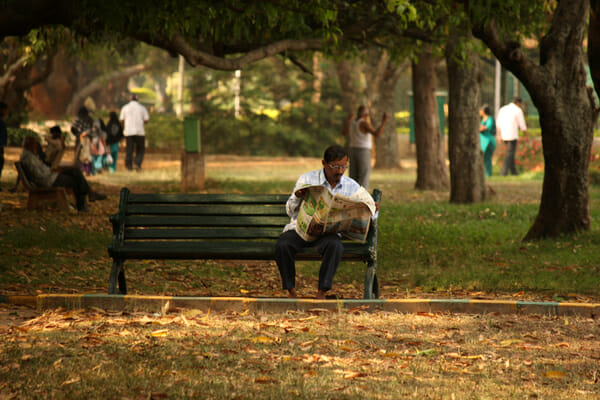 So much of what Lalbagh is comes from its trees, making the Public space what it is today. Recently, I met a group of nature enthusiasts in the city and I owe this article to them. The stories I heard from them about the trees of Bangalore were so interesting and made me want to contemplate a bit on this. They asked me if I had thought about ‘Trees as Public space’. I hadn’t. It made me think about Lalbagh, where I had taken the Green Heritage walk conducted by Mr.Vijay Thiruvady three years ago and gone back several times since then. The walks happen every Sunday morning and you can find out more at Bangalore walks. This month, there is also the INTACH Cubbon Park walk on 17th November, being conducted by Mr.S.Karthikeyan and Ms.Uma Bharath and you can register by writing to intach.blr@gmail.com 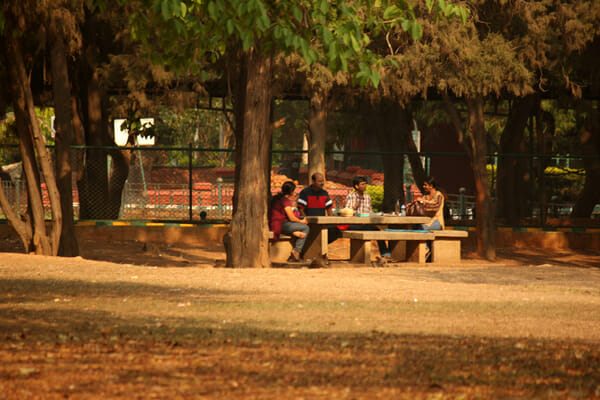 While you are at Lalbagh and if you haven’t already done this, it is a good idea to walk into the ‘Horticulture National Library’ there. It is a small, heritage building with mangalore tiled roof and wooden fascia board painted an olive green. It is very close to the Lalbagh West gate. The Library hours are 10:00am to 5:30pm. It is closed on Sundays and on every 2nd Saturday of the month. The reason I find the library to be an interesting place is that a friend once took me there and showed me the absolutely fascinating Botanical Art collection that she was researching then.

So, we were talking about how trees make our Public spaces what they are. A Public space with hundreds and hundreds of old and exquisite trees such as Lalbagh is visually, experientially and socially different from a Public space such as any Street or local neighbourhood park and can influence our individual and group behaviours in its own way. The level of physical and psychological comfort that Lalbagh can offer us is different from the other public spaces. This 240 acres of public space gets much of its character and usage patterns from the magnificent trees you find there, whether it is the Ficus mysorensis that has its origins in both Burma and India or the Peepul tree, the Ficus religiosa or the Ficus Benjamina with its origins in Java, a row of which you see on either side of the approach that takes you from the Lalbagh rock to the Glass house. Public spaces are spaces of collective use and as much as the trees shape Lalbagh as a public space, the people of the city shape its use. I find the subject of ‘Trees as Public space’ so interesting to study. I’ve just begun to think about it. Hoping to learn more on this…

Saw some really good sketching by students of Srishti School of Design as an outcome of a one-month program they had on Tree Journalling in December. The students have created a blog to share these sketches : http://lookitsatree.wordpress.com/

I’m sharing below links to the Bangalore Tree festival that is scheduled for 8th and 9th Feb 2014:
http://neralu.in/
http://www.facebook.com/groups/cityoftrees/
About Kiran Keswani 36 Articles
Kiran Keswani is Co-Founder, Everyday City Lab, an urban design and research collaborative in Bangalore that focuses on the everyday practices of people in order to develop a people-centric approach to urban design and planning.
Website Facebook YouTube LinkedIn