On the 15th of October, 2016, as my friends and I were returning from a nature and birding trip to Nandi Hills, we saw these Yakshagana artistes on the road back (which is also the road from the airport into the city.) 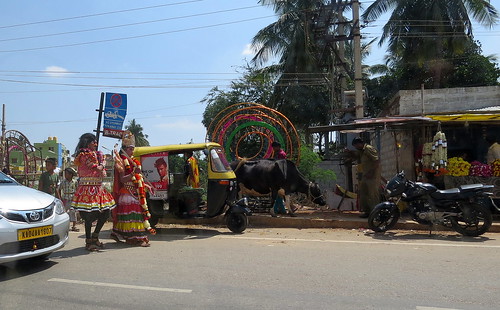 That was the goddess of power, Shakti, herself, stepping out into a city, state and country that had just finished celebrating Her in the form of Navaratri or Dashera.

I realized that I would never know why these people were dressed up, and where they were going…was it for a performance, or something else?

Yakshagana is a traditional art form of Karnataka, and urban dwellers rarely get to see this form of colourful dance theatre, except at “cultural events”. I was lucky that I could take my young daughter to a festival in Jayanagar 9th Block, where a shamiana had been erected…one of the many tales from the Ramayana was enacted, and both of us watched, and listened to the Kannada music and commentary.

I wonder if Yakshagana artistes in our city are able to earn a good living, or whether, like many other traditions, this too will die out soon…for this reason, I was glad to see the artistes dressed in all their finery! 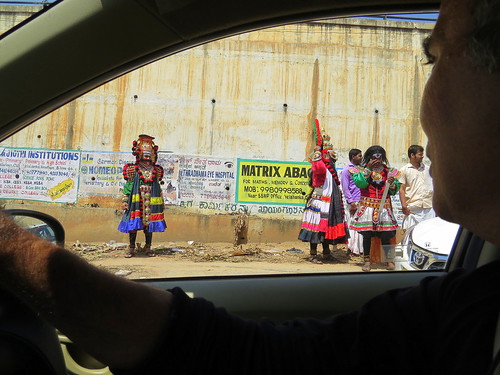