On the 2nd February, 2014, some of the residents of Adarsh Palm Retreat, a residential complex near the Devara Beesana Halli Lake (D B Halli Lake, a small lake located in the Bellandur Ward in south-east Bangalore) , celebrated World Wetlands Day at the lake, with a variety of events.

The residents had noticed the deterioration of the lake some months previously. Four cleanup drives were  organized, in September and October, 2013.  By May 2013 a core group of seven residents of Adarsh Palm Retreat (Devarajan,Chandramouli, Jenny, Mahesh, Pallavi, Ramprasad, Sonali) formed themselves into an action group.

After digging up various records, they found that the  lake came  under the Bangalore Development Authority (BDA), and approached them for help with the lake cleanup and maintenance. The management of Adarsh Palm Retreat was very helpful during the clean-up drives, providing labourers and a tractor to haul away the waste collected.

By mid-January,2014,  the decision to celebrate World Wetlands Day at the lake was taken, and preparations began in earnest. Ananya, who teaches at at the Government Primary Schoo, D B Halli, persuaded the Headmistress of the School to send the young children over to the lake, and participate in the nature walk that was being organized around the bank of the lake. (The walks, in four groups, were conducted by S. Karthikeyan, T.S. Srinivas, Pallavi Singh, and Deepa Mohan.) Ananya herself put up a very interesting puppet show about the avifauna of the lake, and Karthik made a presentation about wetlands around the world, which was very interesting. Radha Eswar and her daughter Janani, aided by Ganeshram, of Arty Plantz, put up a stall for the exhibition and sale of various medicinal plants and herbs.  Janani made an impassioned speech about the value of plants and trees. Notebooks were distributed to the schoolchildren, and breakfast was served to the children and to all the volunteers. All the children from Adarsh Palm Retreat, who volunteered,  got a copy of Karthik’s recenty launched booklet identifying the common avenue trees of Bangalore.

The costs of the event were disbursed from a corpus fund set up by the residents’ group. They had each contributed Rs.5000 to this fund, and several people made their contributions. One 9-year-old, Kahaan,  went around to each residence in the complex,and managed to raise Rs.7000! The Adarsh Palm Retreat residents’ association waived rental charges for the community hall.

“We hope to form a registered Trust, the D B Halli Neighbourhood Lake Improvement Trust, soon,” says Pallavi Singh, who is one of the core group of volunteers, and whose mentor at the BNHS course she was doing, suggested the idea of having such an event, and involving children and the media. “We hope to be able to care for our lake and make it a living, thriving natural landmark for all of us to enjoy.” Though they have only a small catchment area for the lake, the nature-loving citizens hope, with a lot of sustained hard work, to keep this particular lake and its environs a living, thriving entity.

Before-and-after pictures of the lake cleanup can be found on the FaceBook page, 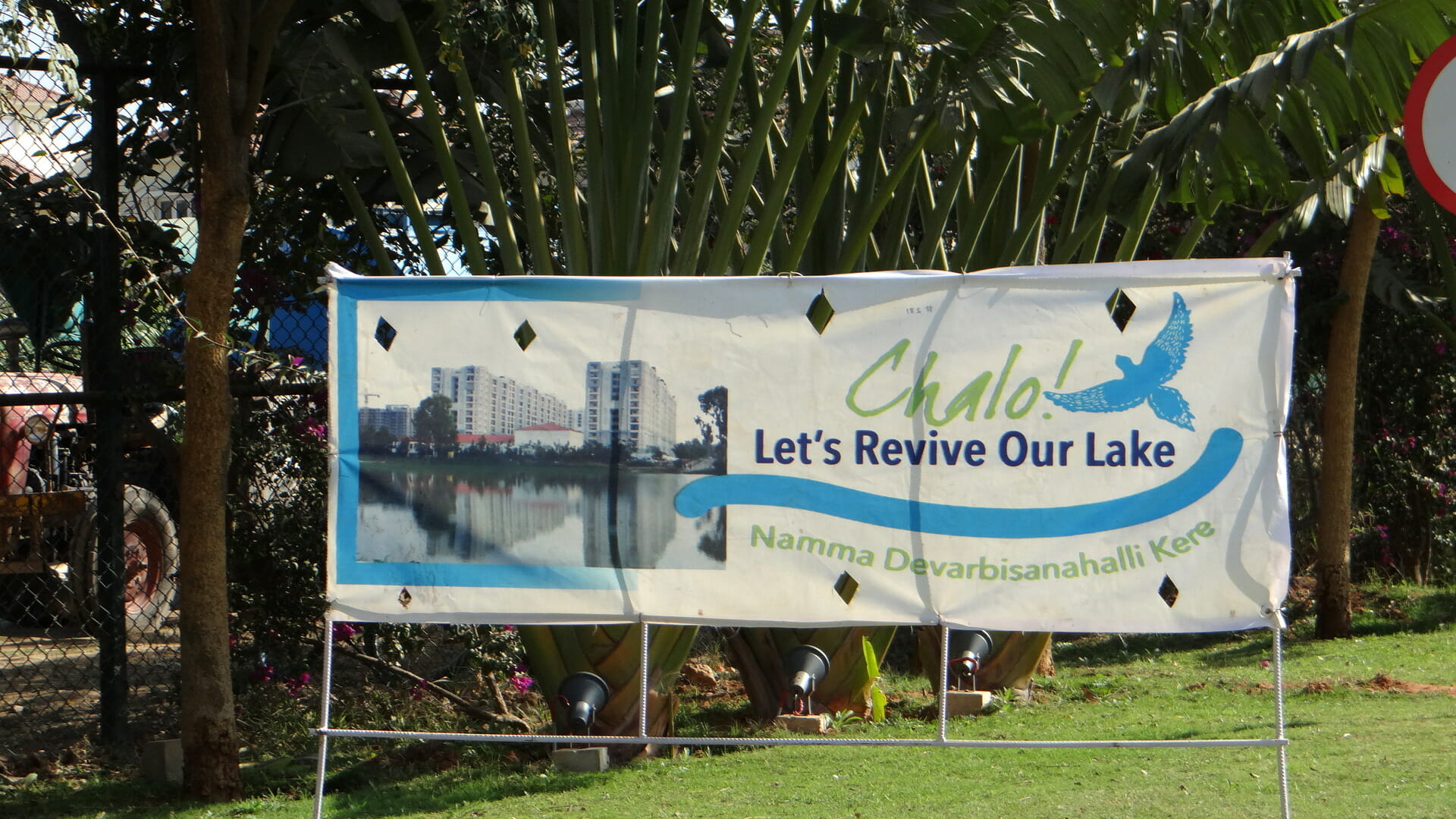