Earlier this year, in February, a group of friends and I had conducted a bird survey in the campus of IIM-Bangalore. At that time, the Dean of Administration, Prof. G Shainesh, and his famkily, keenly followed us througout the morning of birding and documentation.

This morning, I received a message from him asking about a bird that had fallen from a tree in his garden. He asked whether it could be a kingfisher or a barbet, as the appearance seemed different to him. I viewed his excellent photo-documentation of the bird…here it is: 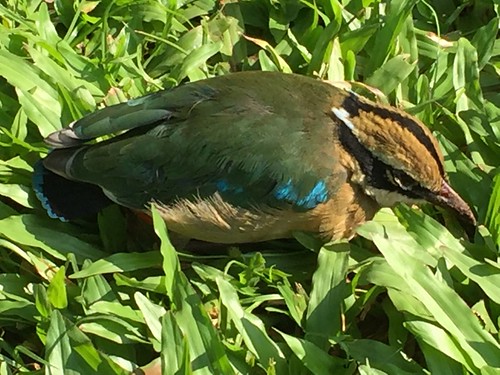 I was able to tell him that it was a young Indian Pitta which had become exhausted during its migration.

Very sensibly, Prof. Shainesh left the bird alone for while, and he and his son Aditya were monitoring it, to prevent any predation by a crow which was nearby. After a while, he says, it recouped its strength and flew off, though not into any high perch. This is also not unusual, as Pittas often forage on the ground. 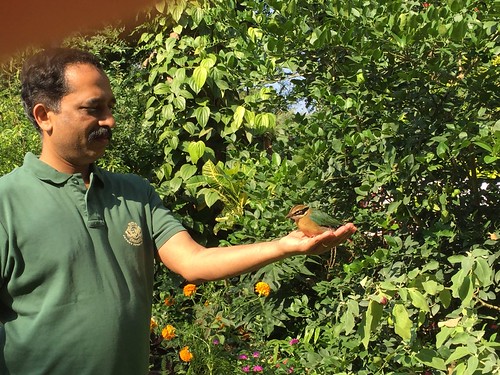 So that’s the story of our highly educated Pitta, which, like many other human counterparts was exhausted by the time it got into the Indian Institute of Management, Bangalore!