In May 2014, the residents of Casa Ansal, disgusted with the garbage piling up on their side walls, had called on the help of the Ugly Indian, and had this clean-up drive that I had written about: Garbage cleaning at Casa Ansal.

The ditch was covered with granite slabs and the wall completely painted.

Six months later, the wall continues to be clean, and the footpath walkable (except for the place behind the transformer at the Bannerghatta Road end where the autorickshaw wallahs insist on continuting to relieve themselves.)

So…I am posting this photo of the place as it is today, to show that yes, with the will of the citizens, and concerted action (and sustained surveillance), a garbage dump can be converted into a clean space! Congratulations, Ugly Indian and residents of Casa Ansal! You have set an example for others to follow. 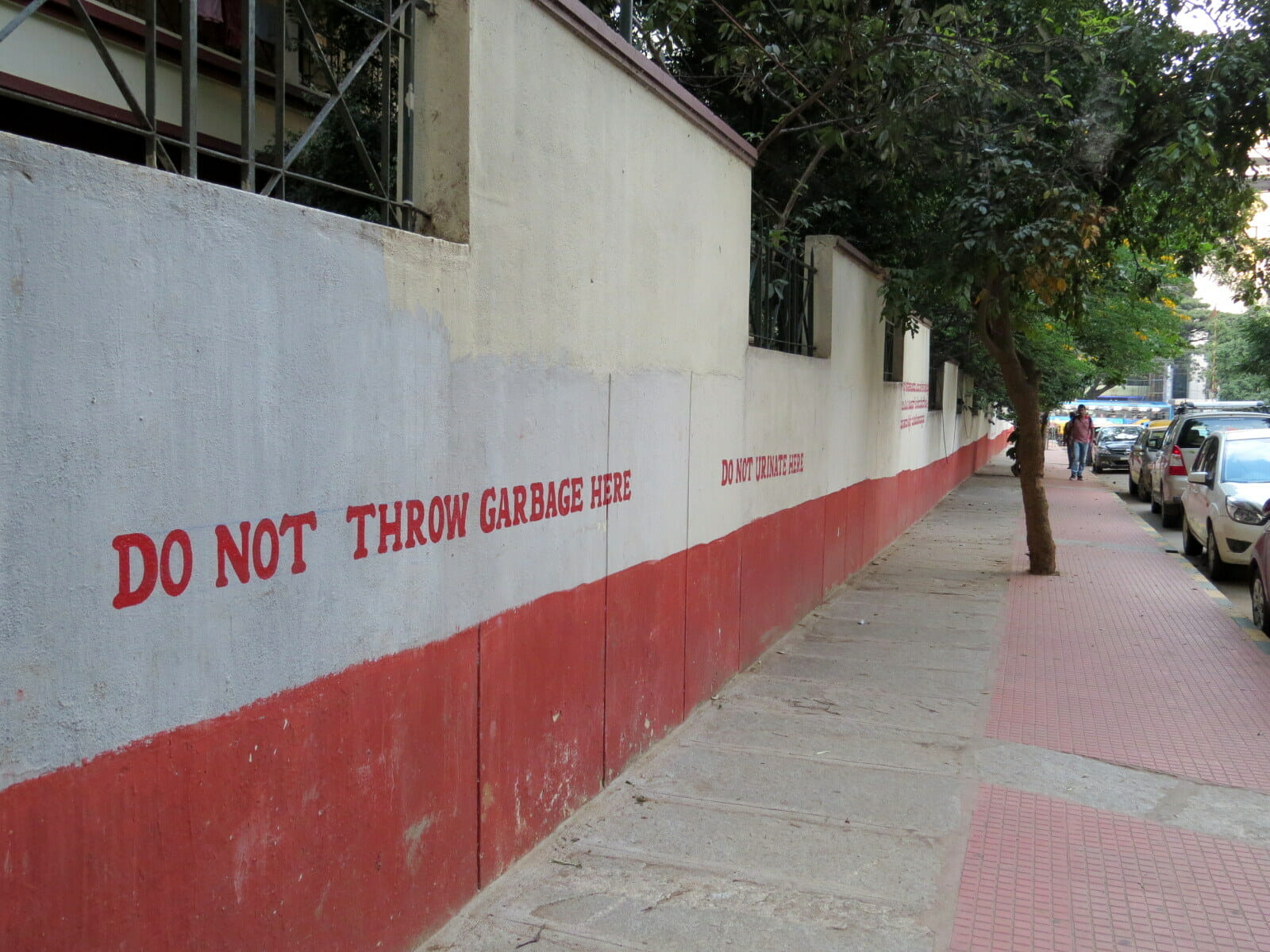