Last week, my group of nature-lovers and I visited both Lalbagh and Madivala kere.

At both places, which are also public parks, entrance is clearly marked as free; up to 8.30am at Lalbagh, and 9.30am at Madivala lake.

Visitors who enter before this time need not pay for their entry or for their cameras.

However, ever since the collection of entry/camera fees has been given to private contractors, visitors are facing harassment. Rude, rough-speaking agents of the contractors ride up or walk up to unsuspecting visitors, and demand money for their cameras. Some people unsuspectingly pay up and this has emboldened these contractors even further.

Contractors should be clearly made aware that anyone entering the public spaces after the specified time can be charged for entry, and for the cameras (the amount of Rs.100 per camera at Madivala kere is very high, too.) However, they cannot charge for cameras with retrospective effect.

Not can they yell at visitors who refuse to pay, to leave the park/lake, as they do right now. Those visitors who entered the public space earlier are entitled to stay as long as they wish, without being charged or harassed.

The extremely rude attitude of these “enforcers” completely spoilt the mood of the BngBirds 2nd Sunday walk at Lalbagh, and, indeed, actually broke it up. 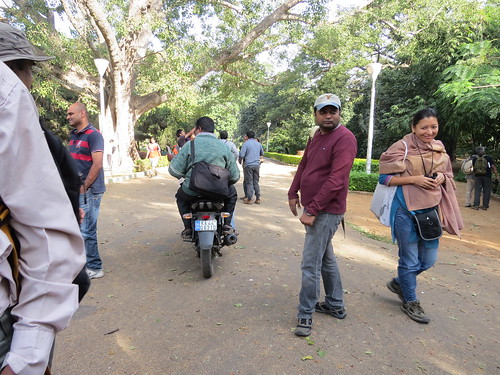 Contract agents leaving on their two-wheeler after harassing the bird group for camera fees. The group refused to pay as they had entered by 6.30am. Pic: Deepa Mohan

Could the authorities take notice and ensure that this kind of illegal collection of fees and harassment is stopped?

Also, the camera charges are quite ridiculous. Every single person entering the park with a mobile phone now is entering with a camera (now of excellent quality), capable to taking great photos, good videos and even a “film” as mentioned at Madivala.  So why are only those who carry digital cameras being made to pay a fee? 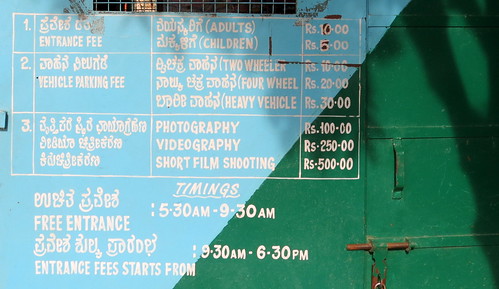 Timings and charges list at Madivala lake. How are they going to distinguish between videography and short film shooting with today’s technology?  Pic: Deepa Mohan