We recently protested against, and stopped, an illegal meeting by the Bangalore Metro authorities, to ratify cutting trees in Reach 2.

However, we can’t protest all the time, and I recently found several large trees cut down on Bannerghatta Road. 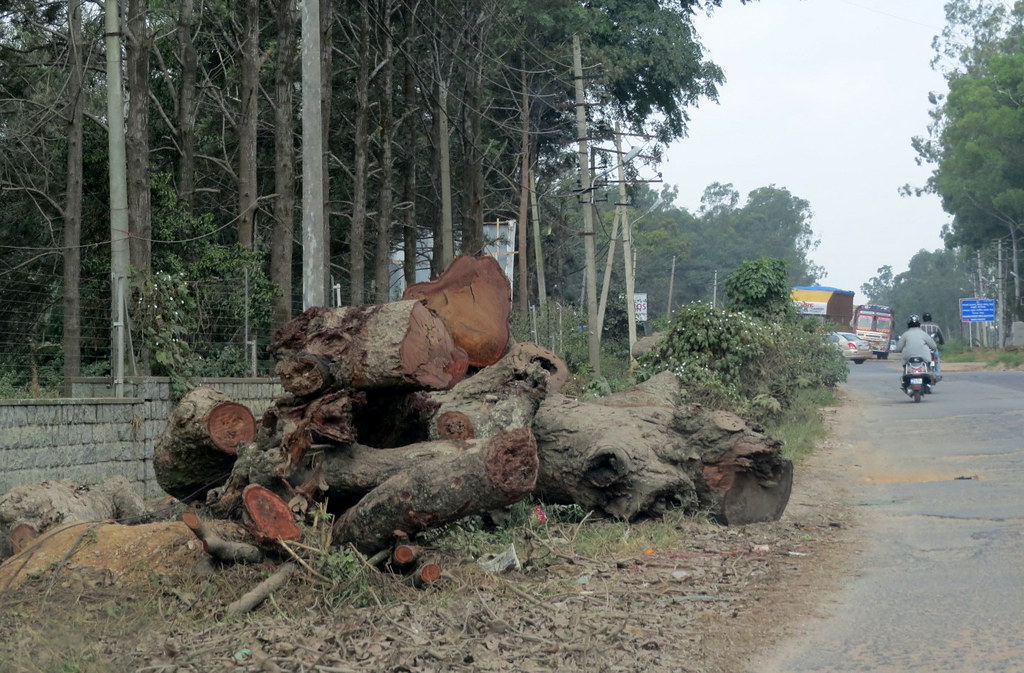 When will this tree-cutting mania stop in our city? Cutting the trees and widening the roads is a double whammy…we remove the beings that cleanse our air, and add motorized vehicles, each of which produces noxious fumes. 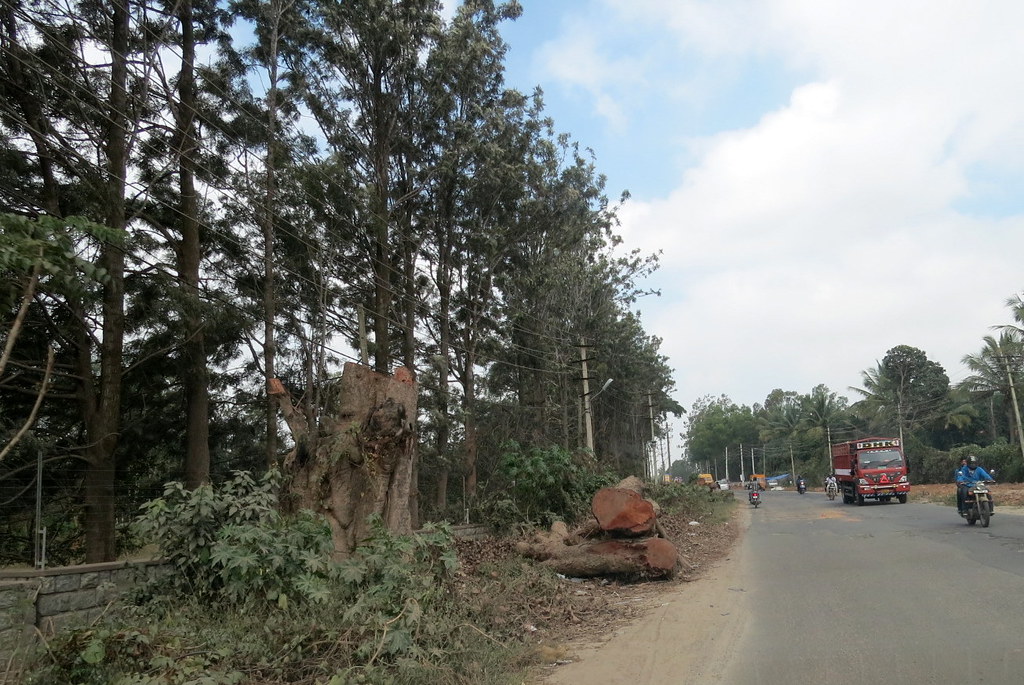 It’s been proved that widening of roads only causes more traffic to jam them in a downward spiral of destruction and pollution. When will we learn?

Meeting called by Bangalore Metro, and called off by citizens’ demand