An initiative where everyone who is a birdwatcher, can contribute to the database of a worldwide organization that logs the birds seen during this time. 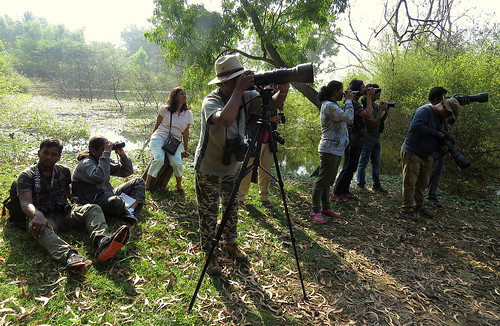 The annual Great Backyard Bird Count is back and birdwatchers and enthusiasts can help in the enumeration by uploading their sightings on the eBird India website between February 16 and 19.

The largest citizen-science project to enumerate bird species, organised by Bird Count India and eBird India, uses the information on birds for a better understanding of seasonal patterns of movement of birds and for monitoring changes in distribution and abundance of birds over long periods.

“The purpose of the count is two fold: educational and scientific. Through the event we want to initiate more people into bird counting and show that their backyard can be the best place to appreciate nature. The data collected is used by ecologists to study and monitor the bird population, migratory patterns, changes in biodiversity, and how that affects the birds. And, February is the best time to spot migratory waterfowls in the tropic regions,” said Dr N S Prashanth.

People can head to any of the birding hotspots in the city such as Valley School, Hulimangala, Hennagara lake, Jakkur lake, and Muthanallur lake, and list and count the species they see.

After the rains last year, many lakes in the city are brimming, and large-scale spotting of waterfowls have been reported from lakes including those in Hoskote, Hebbal, and Madiwala.

The Campus Bird Count will be held simultaneously in educational institutes, government offices and corporate campuses, which also have a large extent of habitats for birds. In Bengaluru, the participating institutes are GKVK, Chirst University, Dayananda Sagar Institutes, Indian Institute of Management Bangalore, and Foundation for Revitalisation of Local Health Traditions.