For a while now, the world of insects and spiders has begun to be revealed to everyone, through the medium of photography. As the micro-sized creatures are captured through macro photography, stunningly weird-looking creatures appear on social media feeds, making us feel that these, surely, are beings from a different planet!

No, these creatures are not “out of this world” at all. It’s just that their tiny size prevents us from seeing them in detail. Another reason why we know little about them is that they are often so well camouflaged, as leaves, bark, or other natural phenomena, that we overlook them completely.

Hayath Mohammed is one young man who, even as a child, was drawn to these smaller living beings. “I would walk around in the garden and find enough to interest me and keep me occupied,” he says. He invested in a camera to be able to document what he saw.

His parents have been supportive of his interest in these many-footed creatures, he adds. Indeed, he says, “My mother likes to go birding with me, and since she has also observed the various kinds of spiders and insects, she’s very understanding about my fascination for them”. 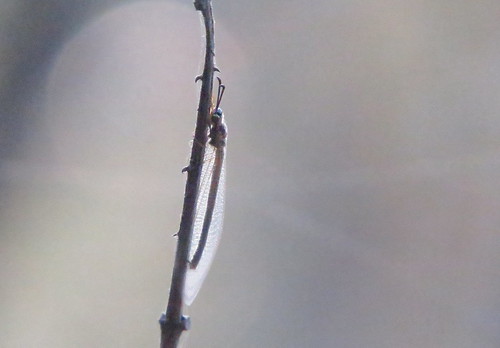 An Antlion, one of the creatures Hayath showed me

He joined several fora for various insects, and soon learned to distinguish bugs from beetles, hoppers from weevils, and wasps from flies. “I tend to only think of their scientific names, not their common ones, as the common names tend to be generic,” he remarks. “When I talked about a Signature Spider, for example, I would quickly be asked which kind I meant, so I quickly learnt the specific scientific names.”

During the course of our short walk together in Doresanipalya, he did bring out quite a lot of these names for the spiders. Arachnura, Argiope, Cyclosa, the names rolled off his tongue,but didn’t quite roll into my ear as easily!

On the photography front, too, Hayath says, it’s been a big ride. “I got started with a Sony point and shoot gifted by my uncle.” he says. “I used that for a while before moving to a Sony H2.”Since then,” he adds, “I’ve moved to a Canon DSLR system and then, recently, to the micro four thirds Olympus system. My current macro equipment costs around Rs 50,000 in total.” Certainly, if it should be counted as a hobby, it’s quite an expensive one!

But more than a hobby, it’s a matter of a passionate pursuit for Hayath. “Macro photography can be extremely satisfying as a genre, ” he remaks. One need not spend so much, he adds. According to him, there are several low budget options to get started:

But sooner or later, one does wind up investing larger amounts of money to get the perfect image! “Proper use of light plays an important role in making good images, as with any other genre of photography,” he is quick to point out. He uses a Rs.5 thermocole Hi board as a light diffuser with his expensive flash equipment! So the combination of expensive equipment and cheap “jugaad” works well for him.

Here is Hayath, looking around at the trees, the leaves (on, around, and under them!) with his equipment, for the various creatures that he finds so interesting, and photographs so well. 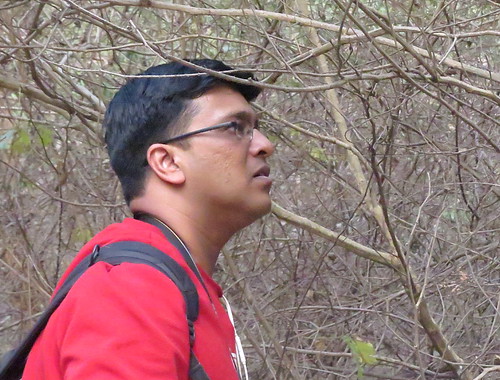 Here is his incredibly beautiful image of a Cicada: 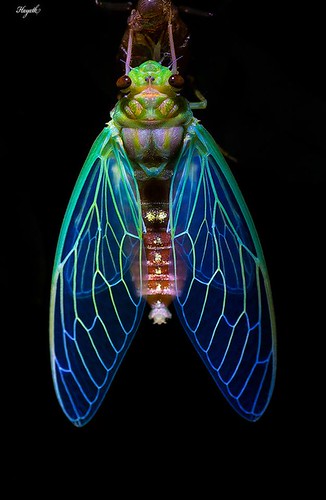 Let’s wish Hayath every success on the path he has set himself, of documenting the small creatures of the urban jungles….. creatures that most of us never get to see at the level of detail he achieves.