“Will you walk into my parlour?”
Said the spider to the fly.
“I’ve spread a carpet of silk and diamonds!
Walk in, and don’t be shy!
Do come along, for I grow thinner…
I’ve LOVE to have you, ahem, for dinner!” 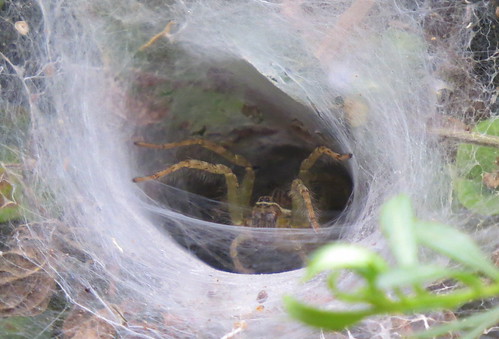 also called Wolf Spiders, are named because of the funnel-like web they weave…and the second name is given because they are ferocious predators.

They build a flat sheet of nonsticky web with a funnel-shaped retreat to one side or occasionally in the middle, depending on the situation and species. The typical hunting mode is to await the arrival of prey such as grasshoppers that fall onto the horizontal web. 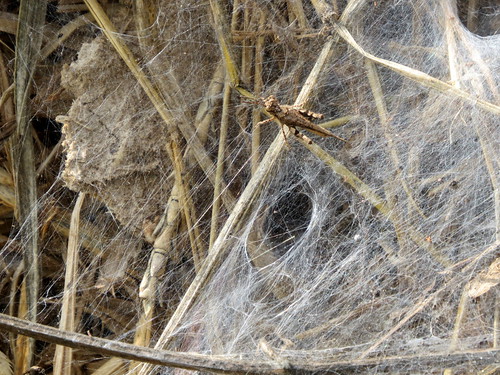 They attack promising prey by rushing out at high speed and dealing a paralysing venomous bite. Once the prey has been disabled, the spider generally drags it back into the retreat and begins to feed. This method of attack is consistent with the high speeds at which they run. 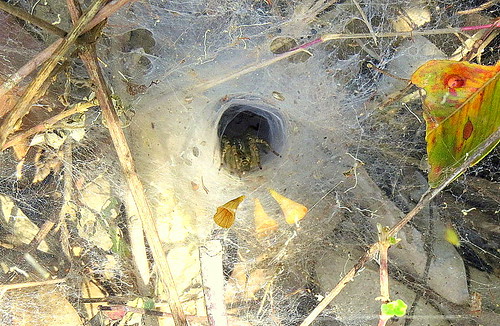 These spiders possess good vision, and are generally photosensitive (i.e. react to changes in the light), so they can successfully retreat upon perceiving a larger threat’s shadow approaching. Some are also sensitive to wind blows, and can retreat before the prey even spots them. 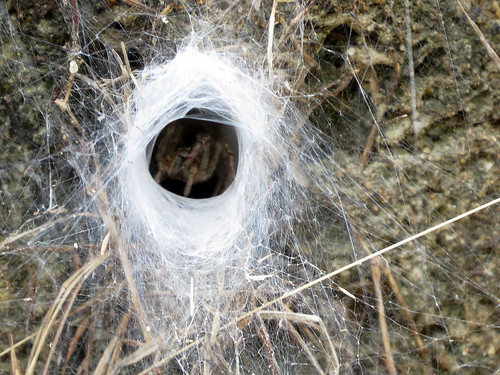 These spiders often are neither pest controllers nor pests themselves; they are very selective in their prey, and do not consume large quantities. So, the next time you see one of these Funnel Web Spiders, you can leave them to their own devices!