Bannerghatta Road is already a mess, as one-third of the road is blocked for the work on the Metro. 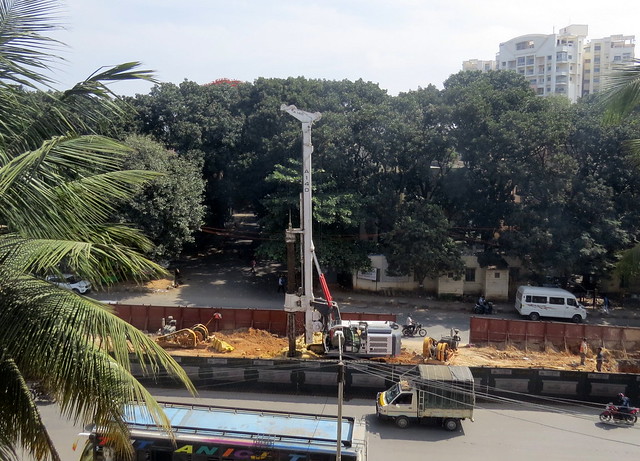 There is no transparency on how long the work will take, and no timeline for completion, though a vague time of 2020 AD has been given.

Meanwhile, residences and hospitals as well as malls and offices bear the brunt of the noise, often unbearable at night.

Pedestrians, who were finding the road hard enough to cross after the grade separation, are now finding it impossible to do so. No thought has been given to the hapless people-who-walk; they fight for their lives against oncoming traffic as they try to cross. A pedestrian overpass could easily have been provided near Gopalan Mall. But of course, in our city, pedestrians are Endangered Animals, whom no one cares for.

The chaos is only going to get worse when the flyover is brought down.

After suffering nearly four years during the construction of the flyover, those who have the misfortune to live or work here, are now gearing up for several more years of suffering.