I was walking along in Jayanagar 4th T Block, when I noticed these young men selling “fresh honey from the hive, madam, do you want?” I looked down; the broken pieces of the honeycomb were there and pieces of it had been put into containers for the honey to drip down into them. This was, probably, the freshest honey one could get one’s hands on. Alas for me, I still had a lot of walking to do. 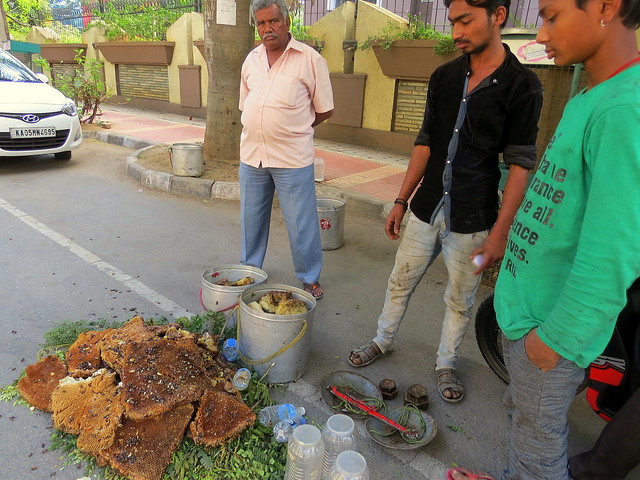 I noticed a few dead bees on the hive and this saddened me until I realized that this was, indeed, a humane way of taking down the beehive; it had not been burnt as some beehives are. The fact that the honey can be harvested probably saves the lives of millions of bees, which are unfortunate enough to build near human habitation. One of the young men gave me his visiting card, and said that he would be happy to take down beehives anywhere in the city. I was much struck by the enterprise these young men show…they get paid to take down the beehive,and then make money by selling the honey (it was being sold at Rs.150 a kg.) 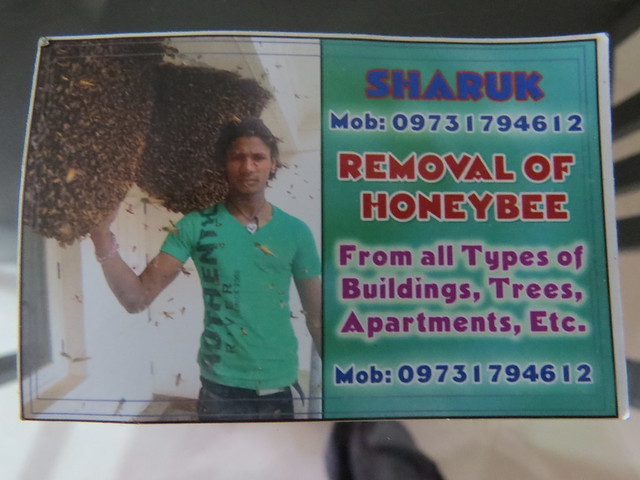 People find all kinds of ways and means to earn a living, and this seemed a tough (braving the bee-stings) but “sweet” way to do so!

Here are the remains of the honeycombs after the men went away: 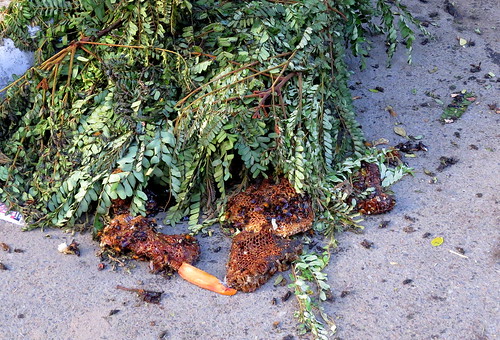