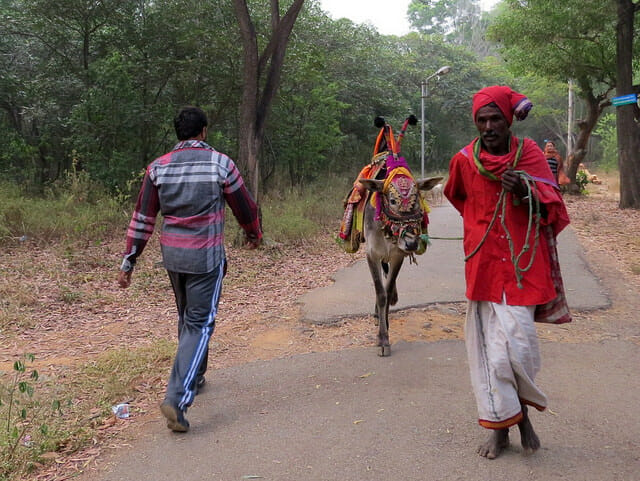 It’s called “koley basava” in Karnataka, and in Tamil Nadu, it’s called the “boom-boom mAdu”…boom-boom, probably because of the sound produced by the drum the man carries and rubs with a stick. He also usually plays a long wind instrument called the naagaswaram; you can see it covered, slung behind his left shoulder. This duo were “off duty” when I clicked them, so the drum and the nagaswaram were not in use.

The man will bring it to the front gate and ask it leading questions like “Is this house resident going to be prosperous and happy?” and the animal will nod its head earnestly. This will earn both of them some money, or food, or both.

Apartment living robs us of many of these traditional sights, which obviously still exist. Arikere Reserve Forest, Bangalore, 281214.