I was about to write something about this event for my blog, and realized my official report for the Karnataka Forest Dept would do just as well! 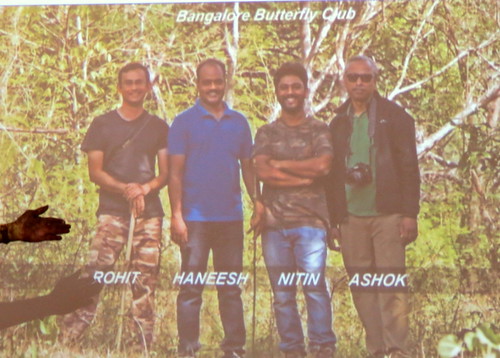 The Karwar Swift, not very common. 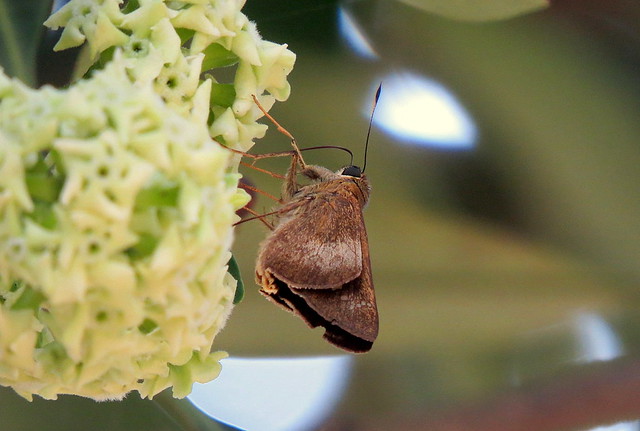 These ladies, making the rangoli, brought as much of colour as the butterflies did, to the event. 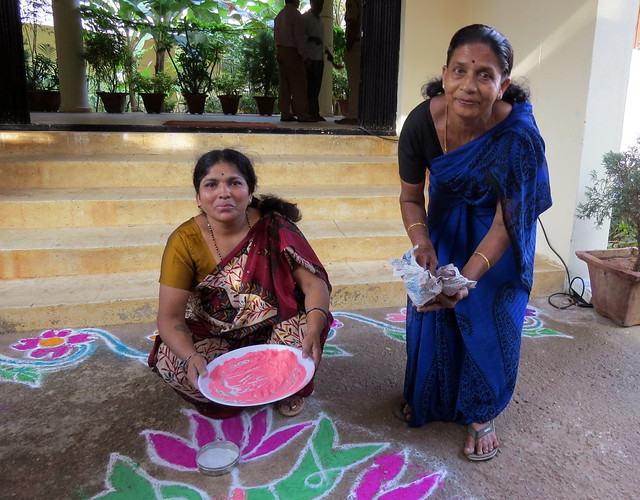 Though limitations on the space available at the venue, in terms of the hall for presentations, resulted in the event not being open to the public at large, a gathering of more than 150 people in total, with a number of casual visitors, ensured a good attendance.

The event was conducted by the Karnataka Forest Department (KFD) in association with Bangalore Butterfly Club (BBC) and National Centre for Biological Sciences (NCBS).

The flame that was lit. 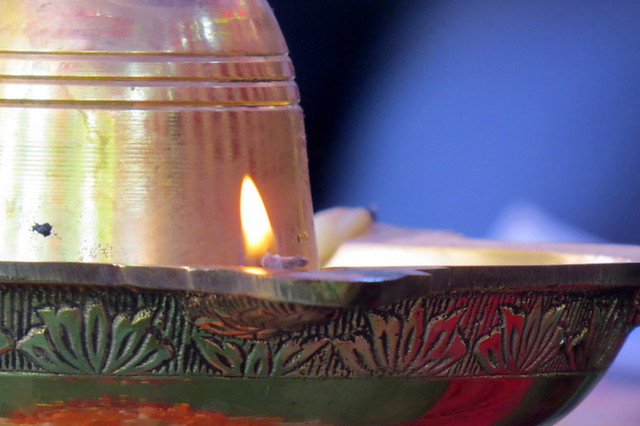 Everyone gathered in the morning and participants signed their names in the register. There was planting of some butterfly-friendly species of plants and trees, by several KFD personnel. 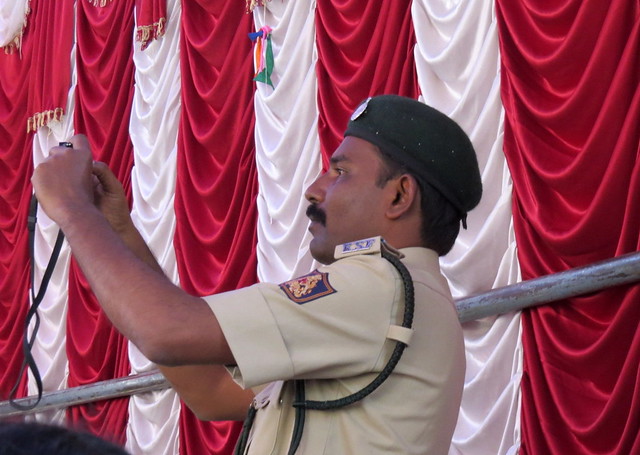 After a delicious breakfast, the children from Janak Academy, and the participants, went on butterfly walks, conducted by various members of BBC. 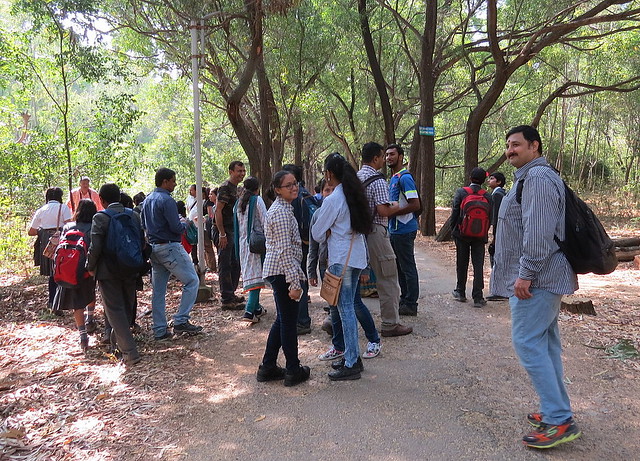 Many butterflies, and other interesting living beings and creatures, were observed. 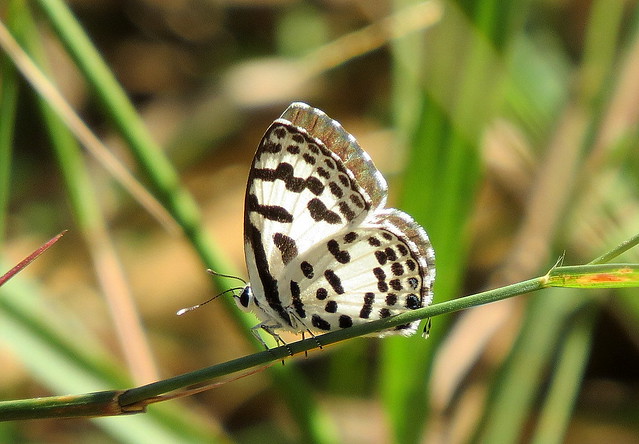 When everyone returned, some freshly-eclosed (just emerged from pupae) butterflies, such as Crimson Rose, Common Lime, Baronets, and others were released, to the delight of all present. This release, suggested by the outgoing APCCF, Sri Dilip Das, was spectacular, drawing exclamations from the audience.

Sri Subba Rao, ACF,Seed Unit , was the master of ceremonies, compering the event and introducing the various guests to the audience. 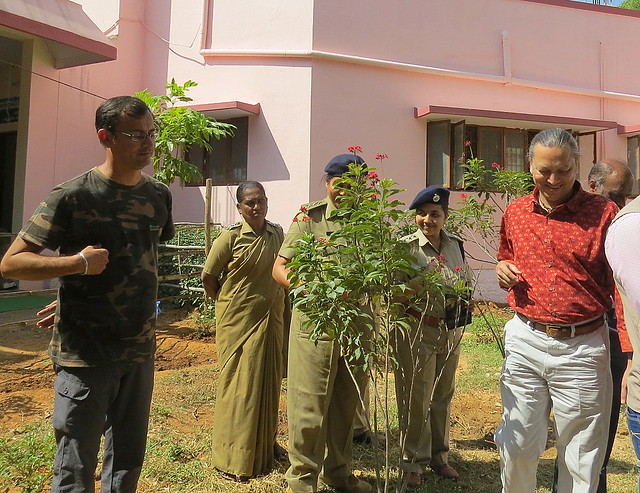 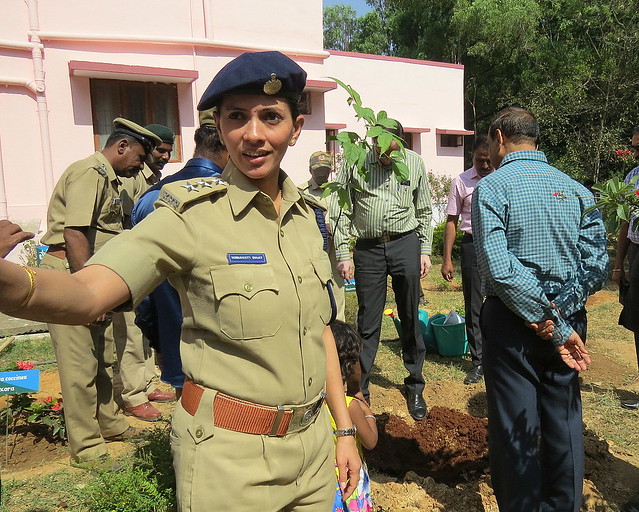 Everyone admired the stage decoration. 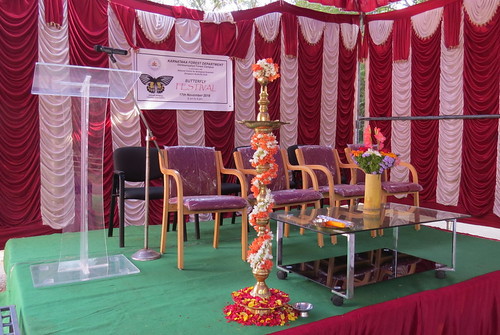 Sri Manjunath C Tambakad, IFS, CCF (Research) Bengaluru, welcomed the gathering. The other guests also spoke, stressing the need for conservation, and expressing the hope that the festival takes on a national hue from next year. He appreciated the event and expressed his hope that sensitizing the children at an early stage would lead to their playing a bigger role in conservation of forests for tomorrow.

Sri Punati Sridhar hoped that Doresanipalya would be a role model for setting up of several tree parks consisting of butterfly larval host plants across Bangalore, which would serve as a haven for butterflies. He appreciated the importance of organizing events like the butterfly festival as a step towards conservation of butterflies and bees, which, he said, were critical for pollination, and by extension, for the survival of life on earth.

Sri Sanjai Mohan expressed his hope that the Doresanipalya campus would be declared as a butterfly reserve. He emphasized that he was glad that events such as the butterfly festival were being organized with participation from public at large and passionate butterfly enthusiasts and butterfly scientist community. He expressed that this kind of participation from public was important to spread awareness about conservation of forests and its creatures

The guests and several of the schoolchildren also planted some plants and trees, such as Taare (Terminalia bellarica) and Kadamba (Neolomarckia kadamba) 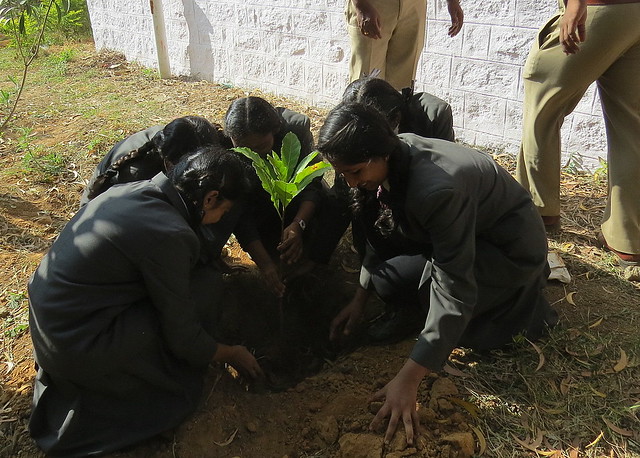 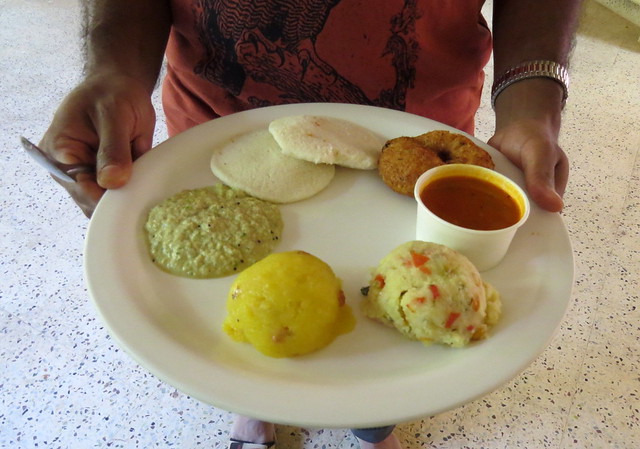 In the hall of the KFD office, three presentations were held: Dr Krushnamegh Kunte spoke about butterfly research and citizens’ initiatives in conservation; Sri S Karthikeyan, Chief Naturalist, Jungle Lodges and Resorts (JLR) spoke about butterfly diversity in India, and Sri Nagraj Veeraswami, a member of BBC, showed the audience the many butterflies that he has photographed in the Doresanipalya campus, with an erudite commentary by Sri Ashok Sengupta, one of the founder-members of BBC.

Simultaneously, there were three activities in the building: a display of photographs of butterflies, by various members of BBC 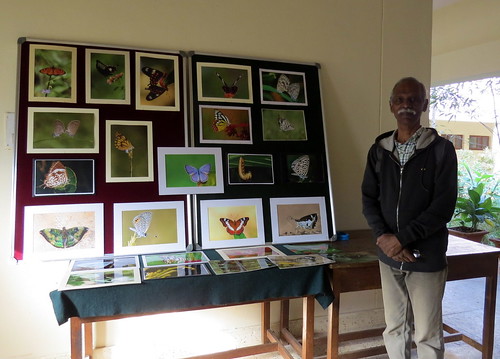 a painting competition for children, with butterflies as the theme

and an origami workshop, conducted by Sri Seby Manalel and Kum Arpitha Bhat. 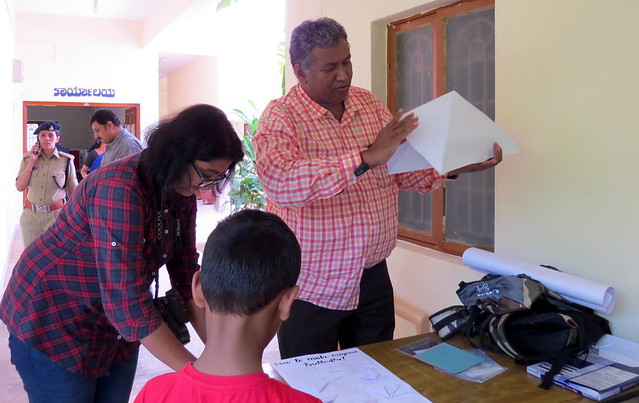 The children, and some of the adults, too, enjoyed these activities. There was also a counter for playing games from “Kadoo”, where many people were seen enjoying themselves. 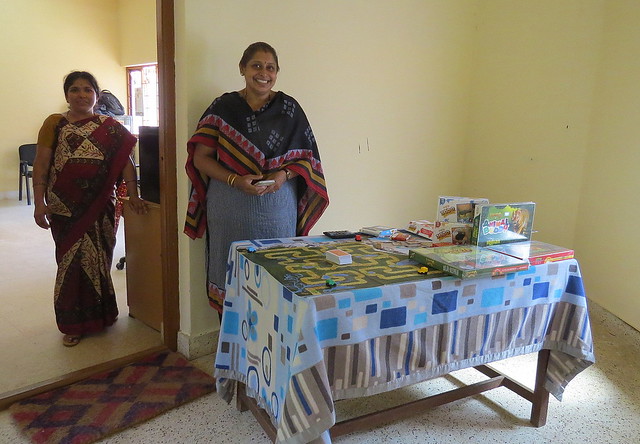 Dr Krushnamegh Kunte donated some of the butterfly brochures (a guide to the butterflies of Bangalore) designed by NCBS to the KFD for their reference, and announced that NCBS would also donate the brochures to any schools that needed them.

Sri Rohit Girotra, another of the founding members of BBC, spoke about how the festival took shape, and his hopes for the future of both the event and the butterflies of Bangalore. 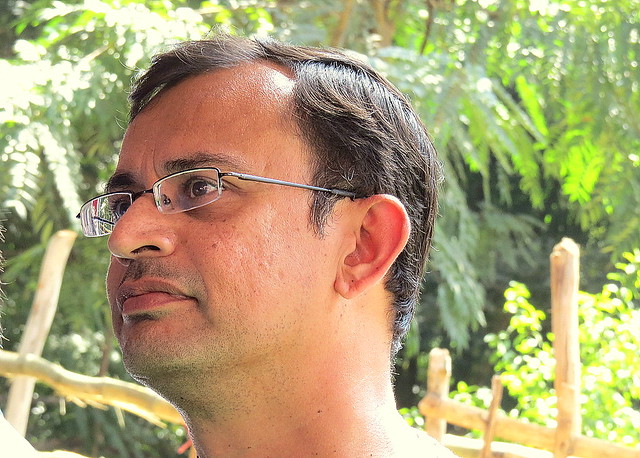 The audience again gathered for the prize-giving and closing ceremonies. Dr Krushnamegh Kunte, Sri S Karthikeyan, and Sri Nagraj Veeraswami were thanked for their presentations. 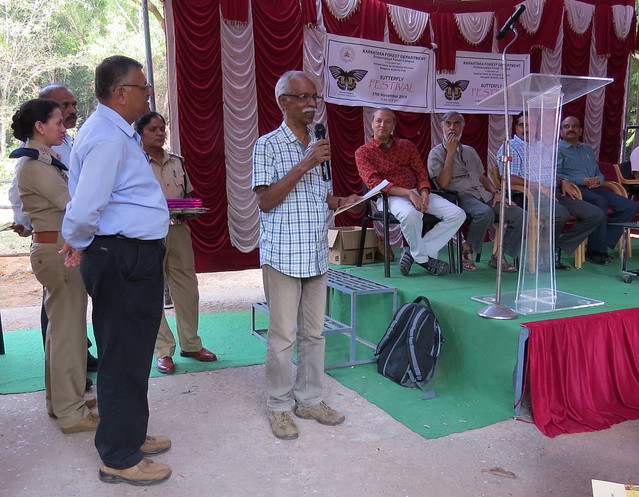 The prizes for the painting competition were distributed, 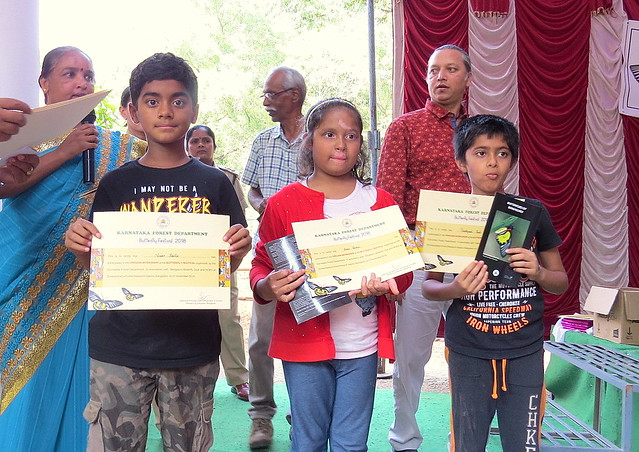 and the certificates for the origami workshop, the photography display, and general participation were given out. 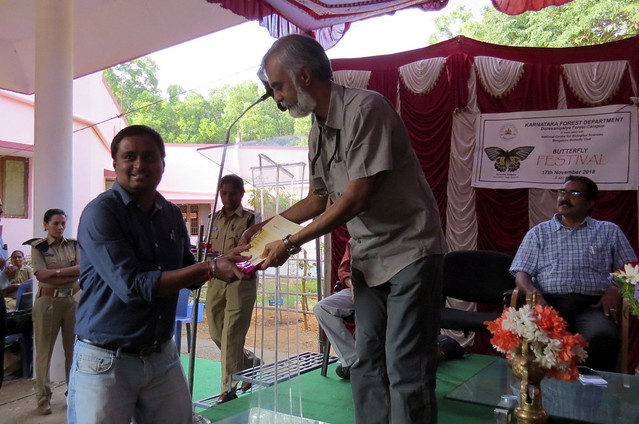 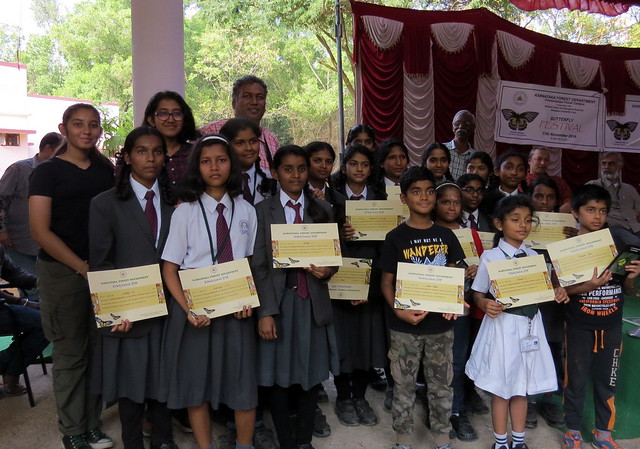 The sound engineer did a good job, too. 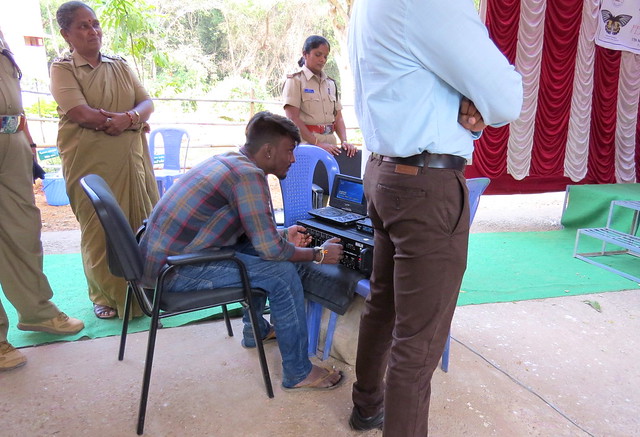 The teachers from Janak Academy expressed their appreciation of the event and the opportunity to have the students participate.

A formal vote of thanks concluded the proceedings, and the gathering adjourned for lunch, dispersing afterwards with happy memories of the festival. 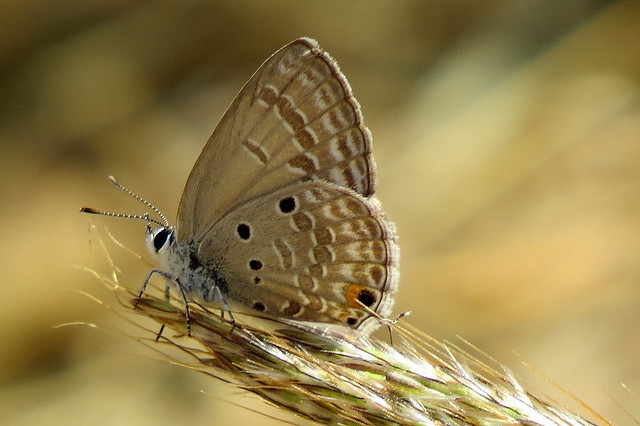 And on an FB album, set to public viewing, 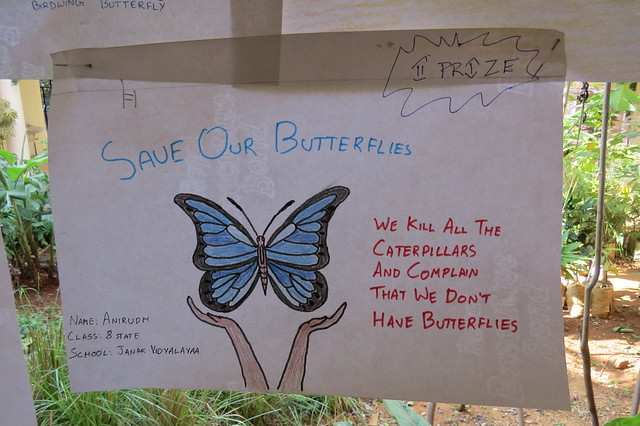