I think it started inb the year 2000, when autorickshaws of Bangalore, the drivers of which love to add little touches to their vehicles, started adding the number “2000” to the back of their autosM

Many autos also like to call themselves “Volvo” or “Innova” to their vehicles, and they would add the engine capacity (1000 cc or something like that) to it. 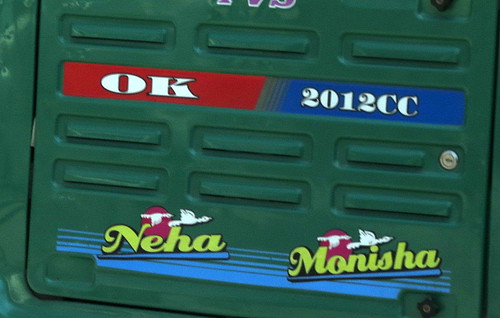