At South End Circle, on Sunday, the 17th of January, 2016, it was heartening to see several volunteers holding placards asking road users not to use their mobiles while driving. 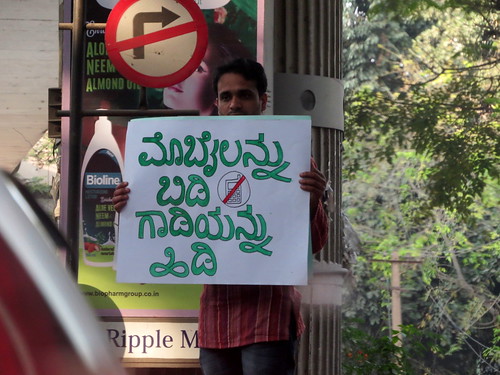 The trouble with our country seems to be that no one thinks an accident could happen to him or her…until it actually happens. And rules, we feel, are for others to follow and for us to flout.

The volunteers looked tired, standing in the middle of the road junction in the polluted air. But if even one two-wheeler or four-wheeler driver put down the mobile phone and resolved not to do so in traffic any more, this campaign would have been worth it. Thank you, volunteers, and Bangalore Traffic Police!