Most Hindus celebrate the birth of the dark baby God, Krishna, by installing an image of the god and worshipping it in the traditional manner, with flowers,fruit, and other offerings. 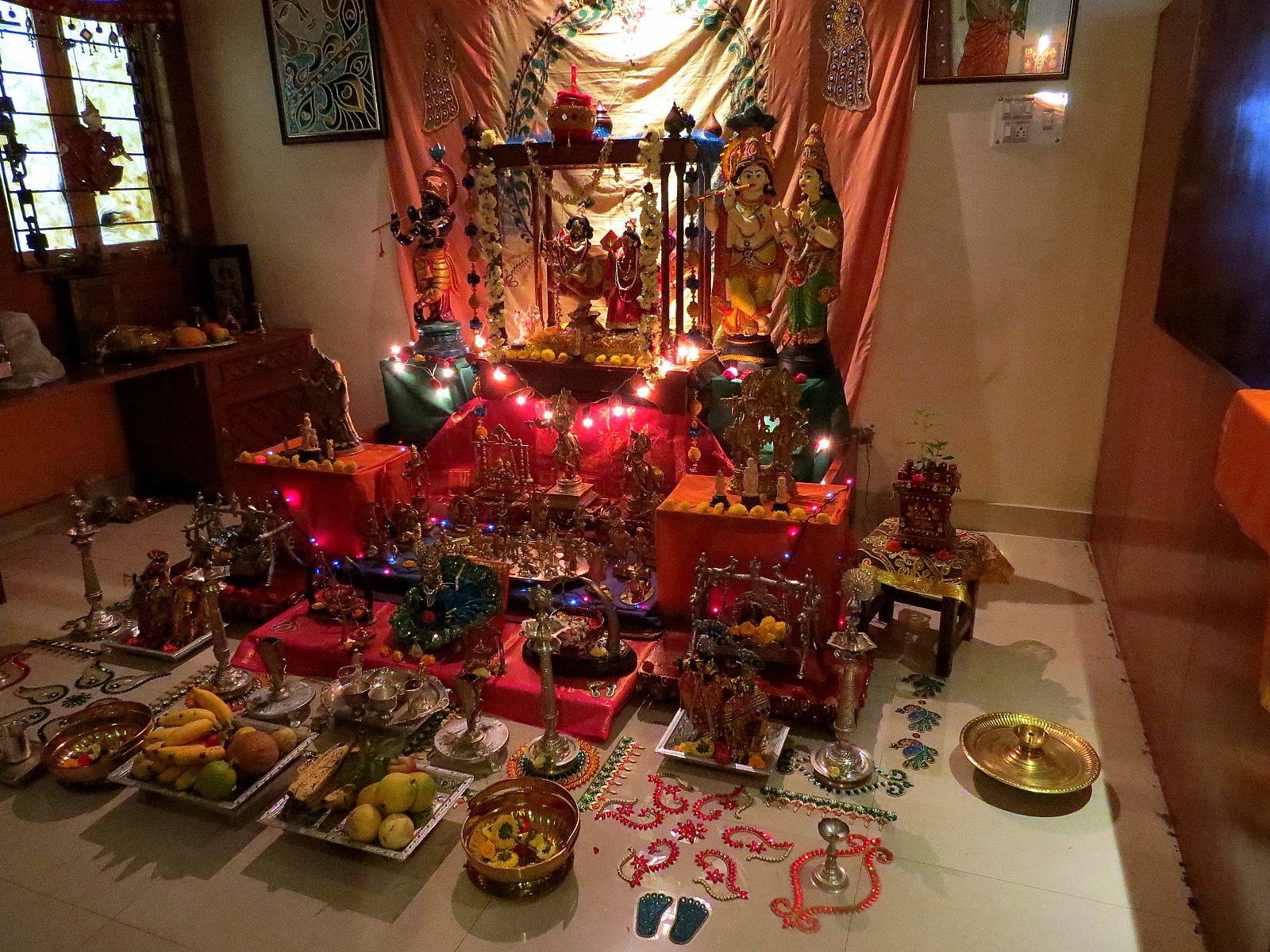 She has, over the years, made a large collection of figurines of Krishna: as a baby, holding ball of butter; sleeping in a cradle.holding a flute while he herds the cattle; in unison with Radha; or in the form of preceptor, revealing the Bhagavad Gita to Arjuna. The figurines start from very old pieces in ivory (which is now banned) to wood, papier maiche, and metal.

They have been collected from the various temples to Krishna in India: Dwaraka, Nathdwara, Udipi….the list is long.

She lovingly sets up the entire display with lights and lamps, and over a couple of days, invites friends and relatives home to participate in the joy of a divine baby’s birth. The Vishnu Sahasranamam (the 1000 names of Vishnu) are chanted, and a devout atmosphere prevails.

Priya proves that one need not have a large space to be able to take this effort. After each festival, she carefully wraps each figurine and stores it away, much in the fashion of the dolls one sees on display during Dashera. Thank you for having me over,

Priya, it was a treat to see the tableau! Krishnaaya thubhyam namaha!