Last week, on a social networking site, I put up a post about my cook and her barely-18 year-old daughter. The girl had just completed a sponsored and very expensive beauticians’ course at a top city beauty training institute. I had hoped she would start working and earn a steady income, thereby helping her hardworking mother who is a cook in two households. Instead, her mother got her married. It is not too difficult to predict that the girl will soon become a young mother herself. If she is not allowed to use her training, why she may even end up working as domestic help–just like her mother. 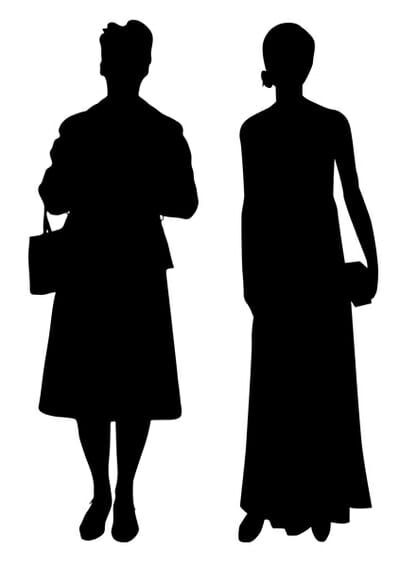 My post raised interesting discussions. Many of my friends talked about poor people, the disadvantages and corruption they face in their daily lives, the manner in which young girls are married off, the vicious cycle in which they find themselves trapped, so on and so forth.

Anyway, that post and the questions it raised, got me thinking. Are poor people really the only ones living lives of quiet desperation? Strip away things like name, birth advantages, class, caste etc., and it’s really not that different for the rest of us.

Take the lives of two women I know. I’m calling them A and B.

A is somebody I know well, B is an acquaintance. A wasn’t allowed to study much and was married by the time she was 17 or 18. She became a mother within a year. She is now in her late-30s and her daughter is also married (the daughter chose to get marrried, I must add).

B married for love, to a man from another community. She has a young teenage son. She works as a top Human Resources professional in a global technology firm. Her husband does not work, so B supports the family with her job. He drinks and abuses her physically and emotionally, often in front of their son.

A’s husband doesn’t beat her up, he is a loving man. So possessive is he that he has forced her to terminate a number of pregnancies over the years, the latest termination happened early this year. She would have liked more children but undergoes this emotionally and physically devastating procedure without protest. There’s no point in going against his will, she says. “My family will never support me against my husband.” A’s inlaws are businesspeople. The family owns a lot of prime property in Bangalore. So, she lives in a palatial house, she drives a car, she can afford to wear diamonds, every day.

B has undergone terminations herself, because she does not want to bring another child into her troubled home. She earns well, so why doesn’t she leave her husband? She continues to work hard, and to go home to face more abuse. What this is doing to their young son, I have no idea. Will he grow up to become an abuser himself? I hope not.

Take away the advantages of money and status, and what do you get? Two women with no voice of their own, whose every actions are dictated to by their husbands. Yet one of them is financially independent but chooses to stay in her marriage. Perhaps she feels she has no choice, really. Perhaps it is because no one in her own family will support her if she does walk out of her abusive marriage.

You cannot call these two women disadvantaged. Yet they are, in so many ways. Are their lives so different from that of my cook and her daughter?