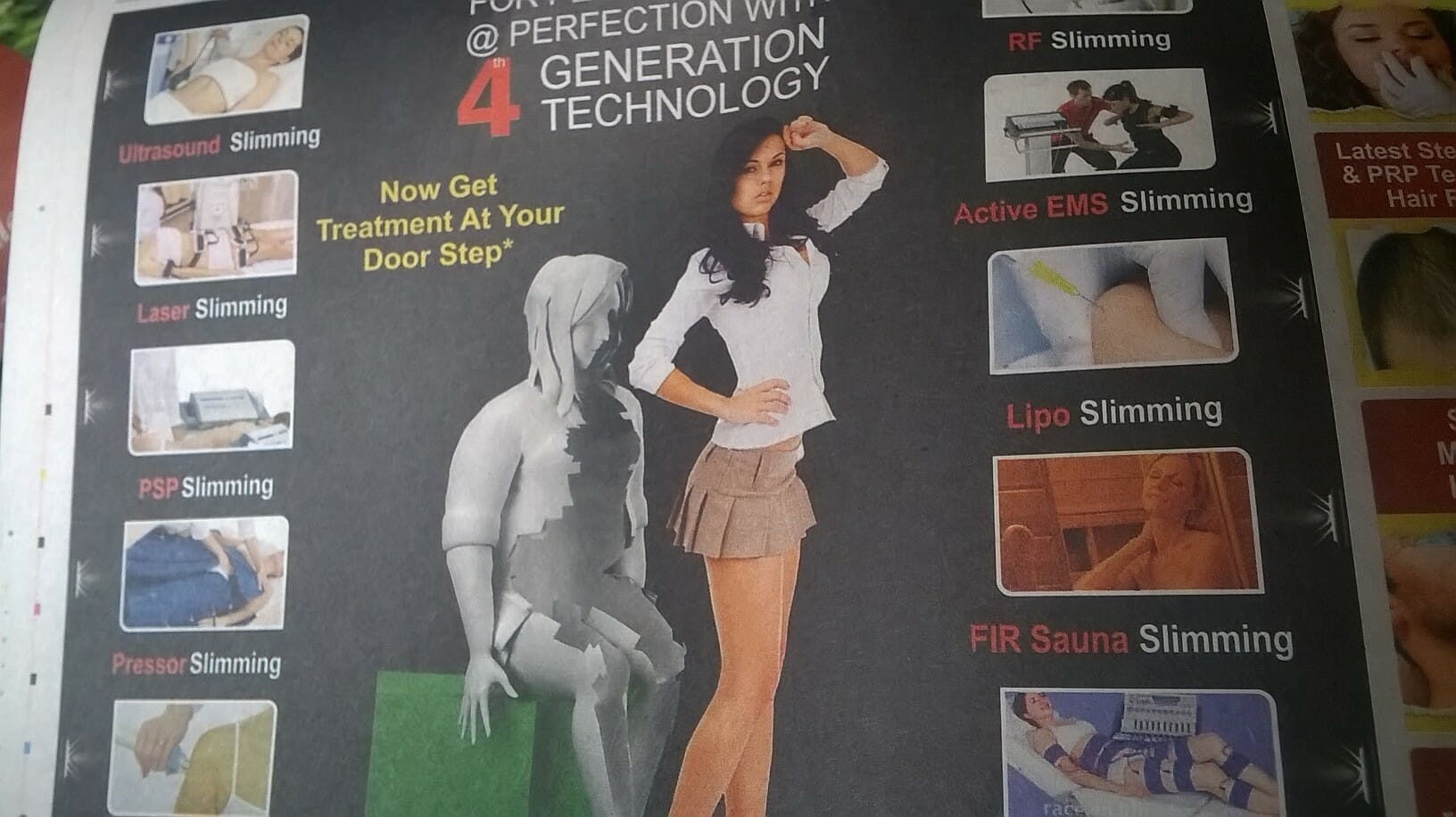 How do I slim thee? Let me count the ways…

A while ago, I was getting my then-five-year-old ready for school. It was one of those beautiful and bracingly chill Bengaluru mornings where all you want to do is curl up with a mug of filter coffee sweetened with bella. Alas, the little fellow had school.

I wanted him to wear a warm coat. He vetoed the one I laid out and instead, insisted he wanted a thin windcheater.

“The warmer coat will keep you nice and snug,” I pointed out.

“What rubbish! Who told you that?” I asked, shocked and appalled.

“My friends (in school),” he retorted.

He had worn the coat to school the previous week. And apparently, his friends had teased him about the snug-as-a-bug-in-a-rug look. (And I had thought he looked adorable!).

My son is a happy little boy, but his friends’ opinion matters to him. Naturally. Though, at his age, it never occurred to me that I might look fat in a certain outfit. Or that my friends might think so.

Why did my active child think he looked fat? Why did his friends think so? Actually it is not their fault. We all are obsessed with weight and size and appearance, in one way or the other.

Our children see us, their parents, obsess over our weight and looks, every day. They see us track our diets using health apps, check our weight, count the number of steps we do, they see us do all kinds of diets, and even, weight loss methods. Naturally, weight and appearance, plays a huge role in our choices too—even in the products, gadgets and clothes we use daily.

Think about it. Size is now embedded in our consciousness, in everything around us. So much so that we do not even notice this subtle manipulation towards ‘thin’ness anymore. From slim-fit, tapered or fitted clothing, to ‘thin’ television sets, to ‘slim’ smartphones, thinness is now increasingly extolled.

Remember the box-like tvs of the 80s and 90s, the clunky mobile phones of the early 2000s? Not good enough any more. Though actually, the Uptron television set my parents used to have at home in Kerala worked perfectly well for almost two decades. Now my folks have a ‘thin’ LED TV which ironically enough, acts up regularly. No matter. We continue to be told that slimmer is smarter.

That philosophy increasingly applies to people too. As my little boy’s reaction to a bulky coat shows—’fat’ is now a dirty word. How many of us actually believe we should strive to be happy and healthy just the way we are? Instead, we convince ourselves, aided by all the slim=smart brainwashing, that losing weight is a vital part of becoming better versions of ourselves.

Why, as the recent tragic death of Telugu actor Aarthi Agarwal shows, size is now more than ever, linked to success in films too. The actor reportedly suffered a cardiac arrest after undergoing liposuction in the US. One thing that leapt out at me from the various reports on the poor girl’s death (she is now more famous than she ever was in life) was a piece on firstpost.com discussing the pressure on C-list actors in Tollywood. The article noted: “She had approached a doctor earlier in Hyderabad for a liposuction surgery and he refused stating she had no fat to be removed” (the Italics are mine).

How desperate that poor girl must have been to still opt for liposuction. To resurrect her film career. Instead, she lost her life.

Yet, these “easy” weight loss methods continue to hold sway over our mindsets. For proof, look no further than your local tabloid—where advertisements for easy weight loss abound. So you get everything from fat freezing, laser slimming and ultrasound slimming, to pressor slimming, FIR sauna slimming to well, losing 40-50 cms for the unbelievable cost of Rs 599. A slimmer, sassier, sexier you is just a session away claim these adverts (see pic). And do adults fall for these? You bet. Just a couple of days ago, I saw an advertisement featuring national-award winning actor Priya Mani saying she achieved a “perfect figure” using a “cool cryo treatment” to “reduce fat and unwanted extra bulges”.

When we adults think and act this way, can we blame our children from doing the same thing?

As for my son, I did sit him down and earnestly tell him that of course, he does not look fat in that coat. That what matters most is that he is a healthy, active child.

He nodded obediently. But he refused to wear that coat.