Why should you demand trains in Bengaluru?

2. It is most beneficial for Bengaluru. Like Chennai, up to 20 lakh people per day can commute if commissioned properly. Not 5-10 lakh like the Metro or a fraction of that by roads but upto 20 lakh daily! Banni! Jothege Hogona!

3. It is the lowest hanging mass transit for Bengaluru. Since ~180 kms of railway lines & >45 stations already exist, infrastructure does not need to be built afresh, only expanded. It can finish in 2-3 years! Train can be added incrementally & every couple of months 10s of thousands can switch to the train until it is fully enabled for upto 20 lakhs! Join the Yatra, ask for Rail!

5. The 4th pillar! The voice of the people! The press support #ModaluTrainBeku! You should too! 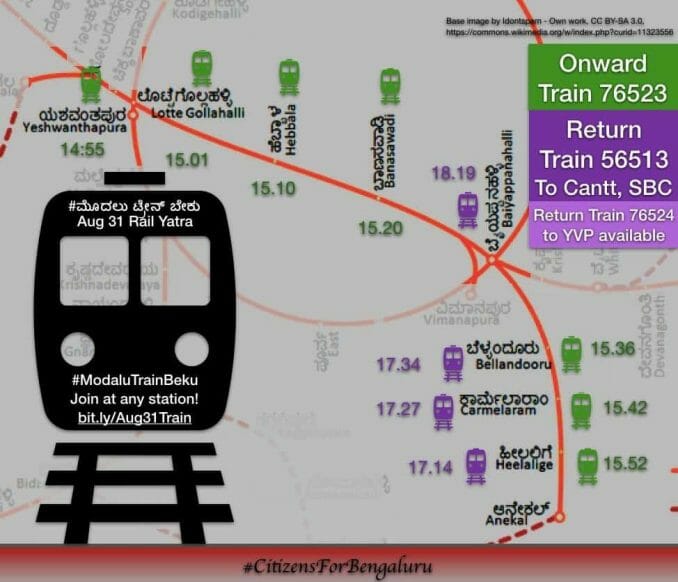 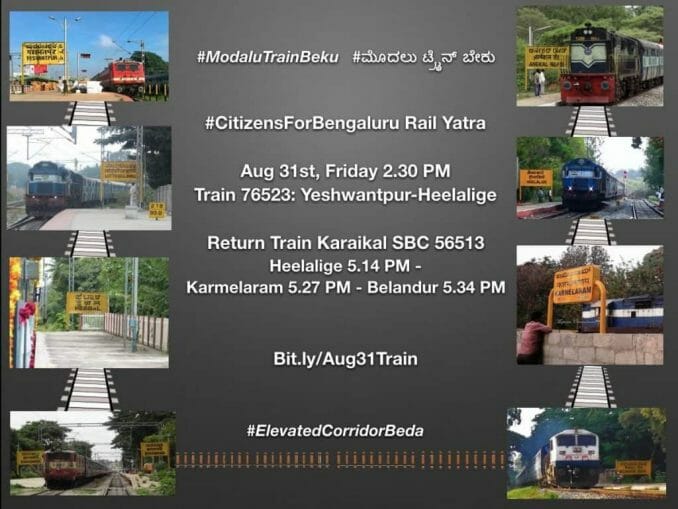 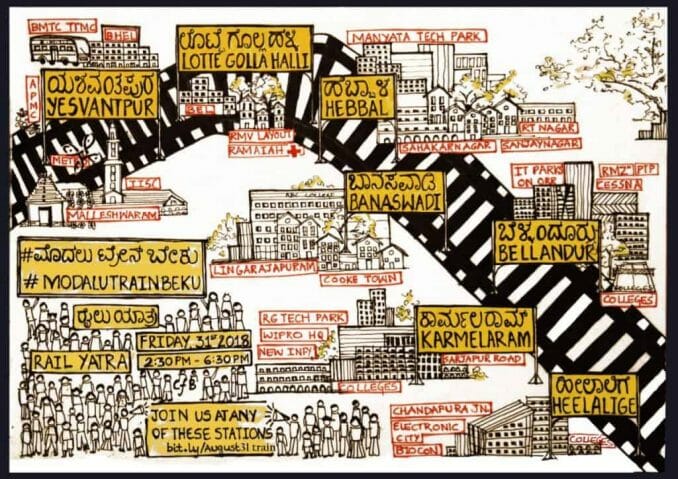 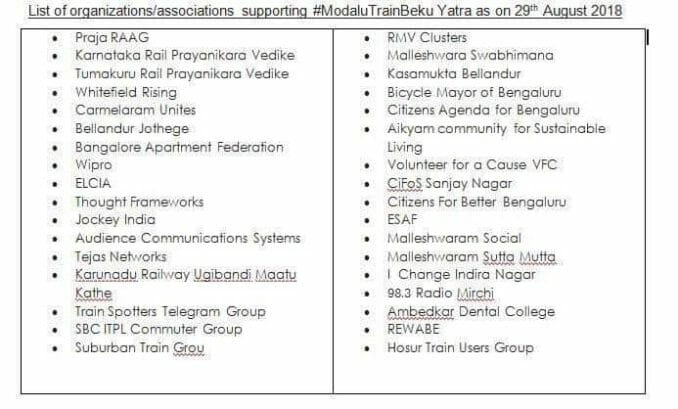 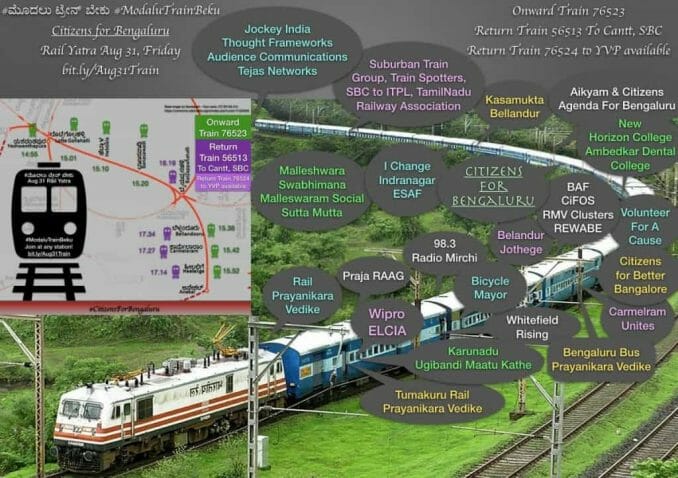 We’ve been suggesting and have been so far successful in creating demand and asking for more trains and for them to run on priority… !

This track is a lifeline for around 8 lack commuters who work on the mahadevapura orr, sarjapura, electronic city and industries around yeshwanthpur.

Rail Yatra organised by CFB demanding the below… Lets together support by travelling and making a point. (Please ensure you buy tickets)

About Tara Krishnaswamy 10 Articles
The author has not yet added any personal or biographical info to her or his author profile.