Two years ago on this day 8000 Bengalureans formed a human chain saying #SteelFlyoverBeda. The unprecedented public opposition forced the government to scrap the controversial 6.7 km ₹2000 crore steel flyover. CfB was born out of this citizen movement. To mark the second anniversary of citizens coming together, today CfB met the Mayor of Bengaluru and urged her to institute monthly ward committee meetings starting Nov 1st. Attached the letter submitted to the Mayor. 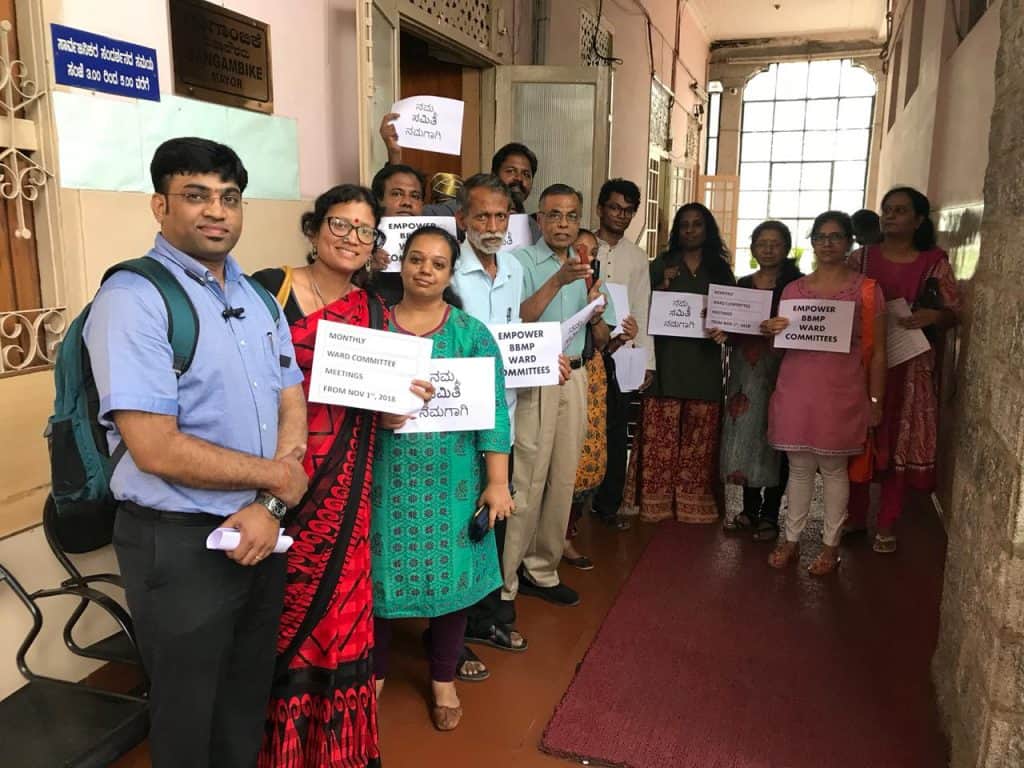 Srinivas Alavilli, one of the founders of CfB said “I always look at #SteelFlyoverBeda as a tipping point – that infused fresh energy into citizen activism and inspired so many silent observers to not only become vocal but also feel comfortable to get on the streets to make their voice heard. CfB is an apolitical citizen movement fighting for livable, sustinable Bengaluru. We strongly believe whether it is garbage or bad roads and potholes, pollution and public transport, most of our issues can be best addressed when more citizens participate in local governance and decision making. We championed ward committees because they offer the best platform for decentralized governance. However we are disappointed that ward committee meetings were not happening despite court orders. That’s why today we appealed to the new Mayor as she begins her term to announce regular ward committee meetings and assured active citizen participation. She appreciated our suggestion, responded positively and assured action soon in the form of circular or public announcements. We look forward to that.”

Tara Krishnaswamy, co-founder of CfB said, “We felt that it would be apt to mark the 2 anniversary of the Human Chain on #SteelFlyoverBeda by meeting the new Mayor, Gangambike. For us, CfB represents responsible citizenship and the Mayor is the first citizen, bearing responsibility for the city. And what better way to enhance participative citizenship than through Ward Committee meetings? We have asked her to hold it monthly across Bengaluru and encourage everyone, not just WC members to attend. This is the most decentralised and hence scalable ways of addressing neighborhood problems in conjunction with elected councillors.”
About Srinivas Alavilli 24 Articles
Srinivas Alavilli is a citizen activist based in Bengaluru, working on a variety of issues. He is the co-founder of Citizens for Bengaluru, and is currently Head, Civic Participation, at the NGO Janaagraha.