We have been living in Perambur, Chennai since 1975 and I recall having spent the early days of my life in a reasonably quiet and clean neighborhood. With economic development and urbanization the entire neighborhood has today transformed into a bustling area, with all sorts of problems. Individual houses have made way for new high rise apartments, gardens have been replaced with covered car parking, trees have been cut down to facilitate construction of roads, SWD’s and the foot paths are extensively encroached upon with transformers and power distribution pillars.

Given the speed at which things are changing we neither have the interest nor the time to talk to our own family members, forget the neighbors. Several issues go unnoticed until it affects an individual personally. Non functioning street lights, garbage and construction debris littered all over the street, damaged roads and pot holes, over flowing or blocked sewage connections, trees not being pruned before the onset of the monsoon and many such civic infrastructure issues, compete with social evils like chain snatching, drinking in public, drunken brawls, drunkards found unconscious on streets, rash driving, haphazard parking etc.

There is an urgent need to impart a sense of social responsibility within our families and our neighborhoods. By interacting with the people living in the community we can identify issues, escalate the complaints and resolve the problems. I am sharing some of our success stories with a belief that it would encourage others to join the Club :

Until a few years ago, we had to put up with frequent disruptions in  the street lights across our entire neighborhood. Especially in a city strapped for cash, streetlights are low on the priority list as they’re expensive to install and maintain. At the same time, they are very important because they have proven to be deterrents to crime. With support from officials at the local level it was possible to get the old sodium vapor lamps replaced with new LED street lights: 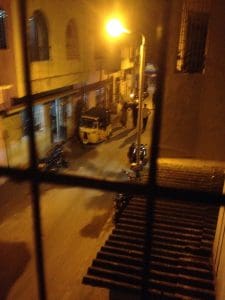 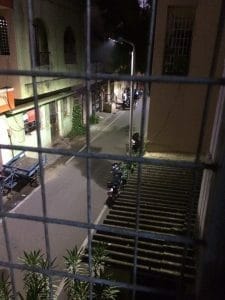 Litter is any kind of trash thrown in small amounts, especially in places where it doesn’t belong. With time, it heaps up. The practice is unlawful because it costs municipalities crores of rupees annually to clean up. It also portrays a bad picture of an area. The space below a transformer in our street was used as a dump yard for debris and garbage. By engaging with other like minded residents as well as the local administration we have managed to get this place cleaned up regularly : 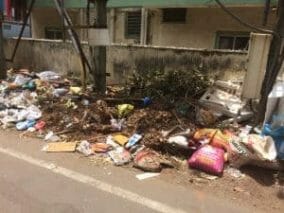 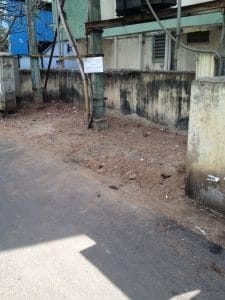 While garbage collection may not seem like a hazardous job, ergonomic injuries such as back strain and fatigue are common. Cuts from sharp objects, exposure to bacteria and toxins are always a threat. The tricycle used by the conservancy worker in our neighborhood was in a very dilapidated condition and he used to struggle while pulling the cart filled with garbage. With help from the local officials the same was replaced with a brand new tricycle. 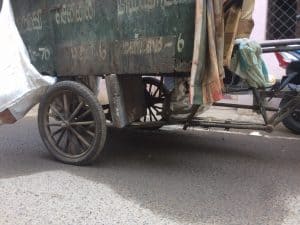 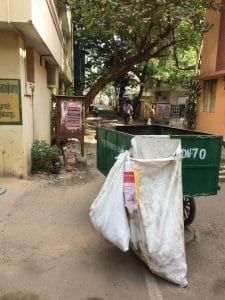 A narrow lane opposite to the Perambur Railway Station was encroached upon by the builders with a metal fencing. Customers visiting the commercial establishments on the main road resorted to parking their vehicles along the fencing causing further obstruction. The issue was escalated and the encroachment has been minimised. 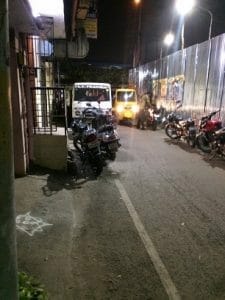 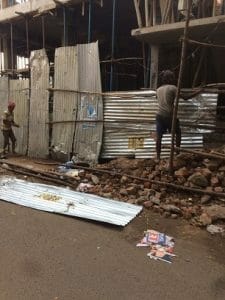 Once we start taking pictures of everyday life there’s no telling what we will find or who we will meet. Between promoting community pride, increasing visibility and ensuring safety, it has been a quick and colorful step forward. While many issues have been resolved, there are many others where we hit a dead end. The escalation of such issues will continue…

A clean, healthy and secure neighborhood is our fundamental right. It is absolutely clear that the local administrations are not going to give it to us on a platter until we get together and let our voices be heard. There is a limit to what can be achieved as an individual.  Only when we have several individuals or groups in every neighborhood across the city, we will be able to bring about a overall transformation.

There are already dozens of groups in every neighborhood across Chennai doing their part to make our city a better place. Spend a few hours pitching in!