Pothole dynamics: Of risk and neglect

It is a known fact that Chennai’s roads are riddled with potholes, so much so that they no longer appear to be a major problem. Only a long time resident of the metropolis, who has walked and driven on the roads for years, would be aware of the inconvenience and risks.

Potholes are the result of callousness of Chennai Corporation officials. The substandard roads laid by the civic body allows stagnation and slow seepage of water into the soil. This results in wear and tear of the roads, forming potholes. 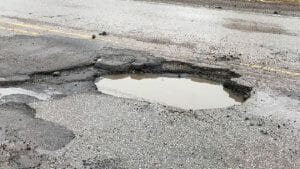 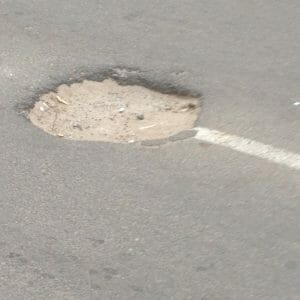 As the city reels under multiple infrastructure lapses, potholes that are also a reason for mishaps, are not given a pushing priority. When I was riding a two-wheeler on Perambur High Road in November 2014, I followed the bus and having failed to notice the pothole, I almost met with an accident. I had complained about the battered road to the Chennai Corporation officials, who turned me down instantly. “We didn’t receive any complaint from the citizens, except yours,” said the officials.

When I persuaded the higher officials, they deposited debris in the potholes, as a temporary measure. When I asked the officials for a permanent solution, they started passing the buck, as is the usual practice, within the ranks of the local administration. There was a test to my determination, as the officials asked me to contact Chennai Metro Water department that maintains the sewage manhole chamber doors.  The replies were lame. That they cannot take up the work in the day time and that road should be blocked in the night for the purpose. Nevertheless, with relentless follow up, I managed to get the existing manhole chamber door removed and succeeded in making the Perambur High Road, pothole free. But the success was short lived. When the road was laid again in 2016, the problem resurfaced and remains the same till date.

Whenever a new road is laid in any part of the city, potholes often appear in less than a year. Complaints of proactive citizens are met with insults, harsh remarks and little response.

I spoke with the officials in the Chennai City Corporation as well as the Chennai Metro Water department on several occasions and shared my concerns about the magnitude of the problem. During rains, it is a risk to take the roads in Chennai, as is the case in many parts of the country. Deaths due to riding on the pothole-filled roads puts forth an important question: Are we so backward that we do not even have basic amenities like a proper road? Is it possible for a motorist to reach the destination without hitting potholes, especially during rains?

Damage to vehicles due to potholes are not covered in insurance.

What can you do ?

Citizen Movements such as Arappor Iyakkam and activists like Traffic Ramaswamy has been fighting for pothole-free roads and to spread awareness on the same.

Every year, before the monsoon starts, I write complaints to all the concerned departments and hope that the issue would be settled. Often in vain. But I keep writing. 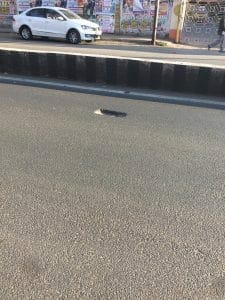 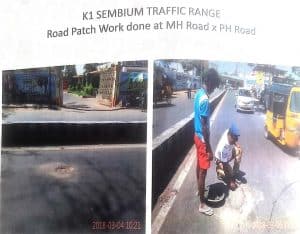 Even when the manhole doors are raised to carpet with the level of the road, shoddy work is done by the contractors.. They raise the doors by upto 4 to 6inches and this forms a dangerous hump.  Here below is a picture to illustrate the same. 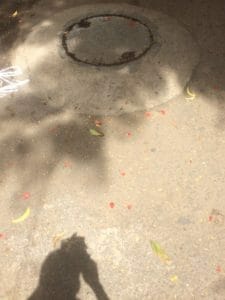 As per media reports 2 precious lives have been lost in Kalyan, Maharastra after the recent rains. They, and countless others who die in similar incidents, could have been saved had those in the Local Administration taken a bit of an effort to work with some level of integrity and honesty.