Those of you who have travelled by train from Chennai Central towards Arakkonam would have noticed a natural waterway which runs parallel to the railway track (northern side) between Vyasarpadi and Perambur Railway Stations. This canal is adjacent to a man made storm water drain and both discharge the flood waters into the Buckingham Canal during the monsoon. 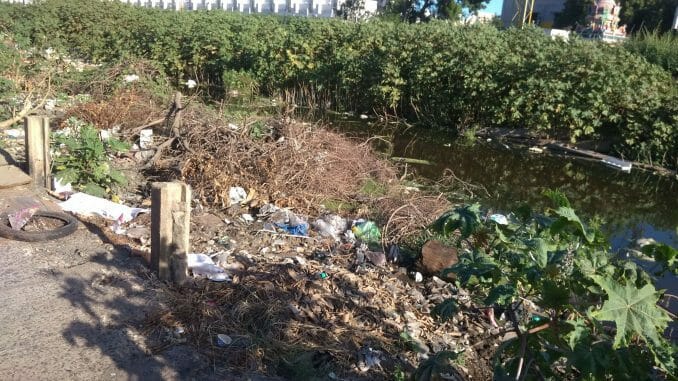 Over the recent past we have noticed debris and garbage being dumped into this canal in bit and pieces. The property along the railway tracks belongs to the Indian Railways. 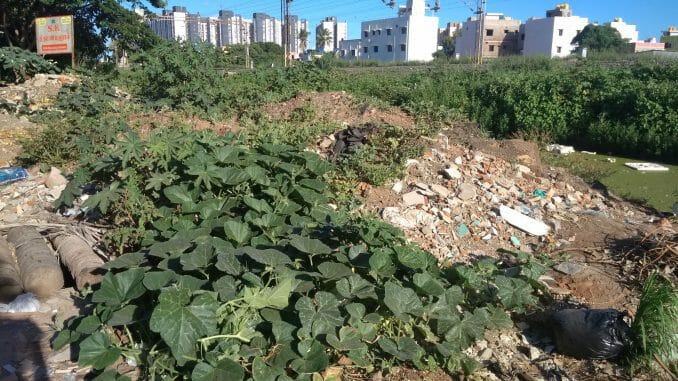 Migrant workers have set up temporary shelters near the Vyasarpadi Railway Station on the portion which has been filled up with the debris. These temporary dwellings could end up being a disaster when there are heavy rains. 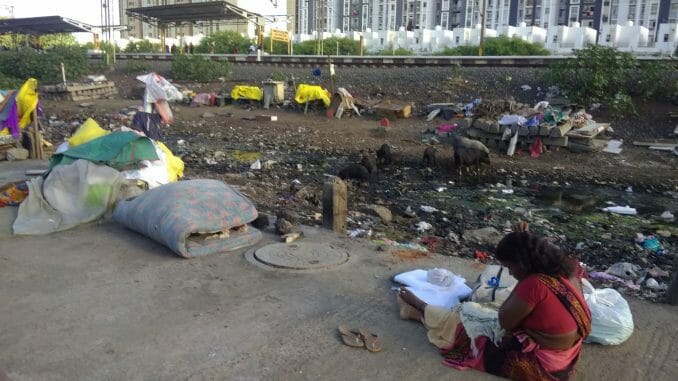 Not only are the migrant workers allowed to establish settlements along the railway tracks, they are also provided with a few temporary toilets by the GCC near the Vyasarpadi station. Maybe this is meant for the convenience of the train commuters, or perhaps the customers visiting the Tasmac bar? 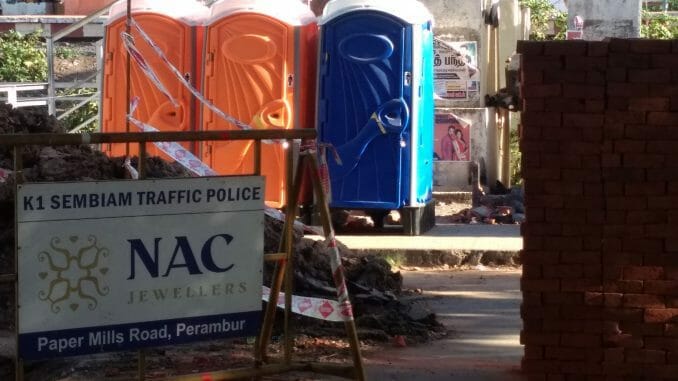 With the debris and the garbage being dumped in bits, the water is stagnant and the entire stretch has become a breeding ground for mosquitoes. This needs to be acted upon with some level of seriousness. 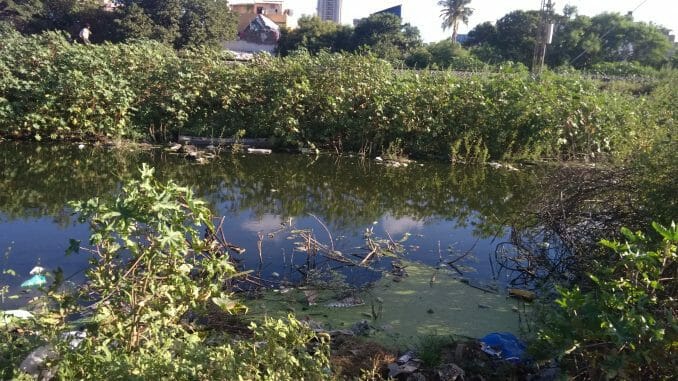 On one side of the track we have high rise buildings / sky scrapers – the North Town. On the other side you have homeless people living under the sky. 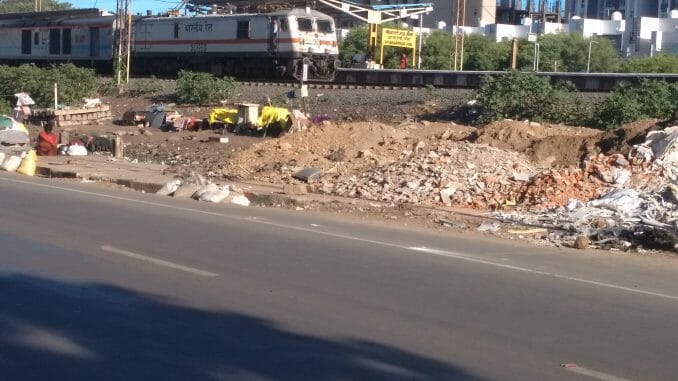 Where is Chennai City, which once boasted of being Singara Chennai, headed today?
The matter has been escalated to the office of the Railway Ministry and I am awaiting feedback. Will concerned officials within the ranks of the state administration intervene and ensure corrective action on war footing?
About Raghukumar Choodamani 11 Articles
Raghukumar Choodamani is a resident of Chennai and likes to write about his observations in Chennai.