For my second blog, I would like to write about retro reflective sign boards.  The local administration during the erstwhile DMK regime had, in the final months of their tenure, decided to change the existing concrete street signs to  retro-reflective stainless steel sign boards. In the first phase in 2011,  over 1000 important roads across Chennai  sported these boards.

Months later, there was a change in the administration, when the AIADMK came to power. They suspected corruption in the  retro reflective sign boards project, and decided to paint the sign boards on the walls of houses as illustrated in the image below : 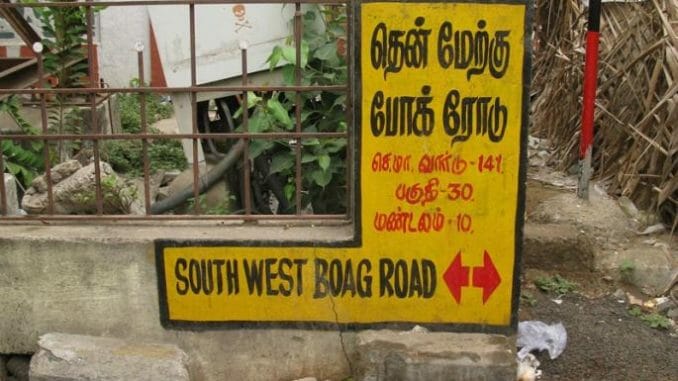 The idea of painting on the walls had its own drawbacks as explained by a citizen in this blog.

Subsequently the Chennai Corporation  chose to revert to the idea of putting up the retro reflective sign boards for reasons known only to them. Existing concrete sign boards and wall paintings were left as it is, and new boards were placed at road intersections across the city.

It has been only about five years since these new boards were erected, here are a few photographs taken by me to illustrate the state of some of these boards across the city: 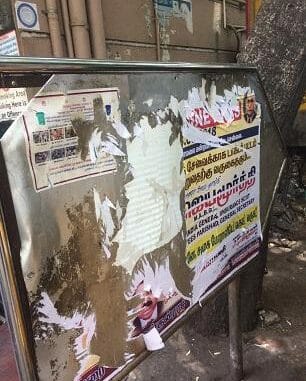 I have been making calls consistently and escalating several issues relating to the quality of the work done, damage caused to these boards, etc with the local administration, and have managed to get the same rectified with relentless follow up petitions.. Here are some digitals relating to the work done 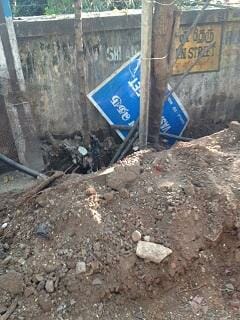 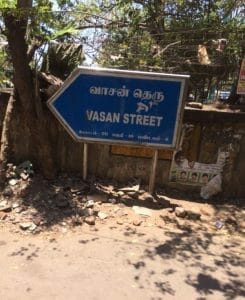 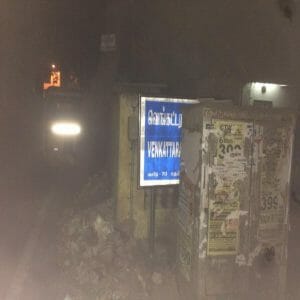 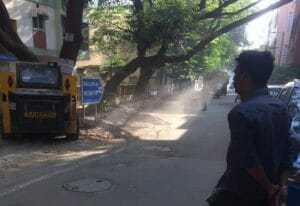 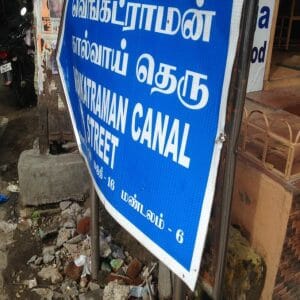 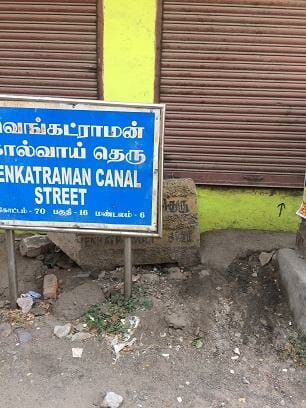 Between the 80s & 90’s the signboards made up of concrete was erected across the city of Chennai, these boards  are now way too low,  due to constant resurfacing of the roads without proper milling. The local administration could have easily lifted the existing concrete sign boards and repainted the same. These concrete boards had survived rough weather and were a durable and sustainable option. This would have saved the exchequer a great deal of money  and also in a way offered opportunities to several painters across the state. 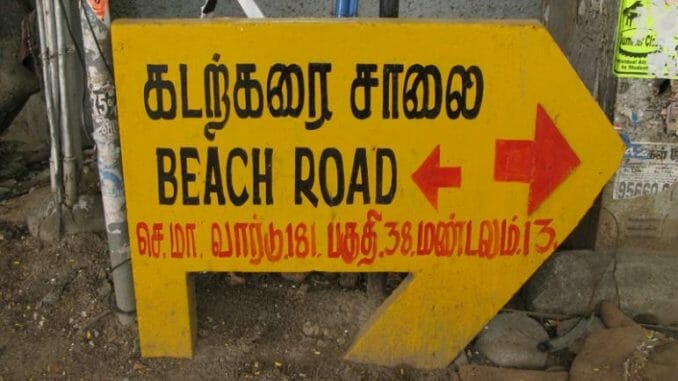 For a country which is ridden with poverty, corruption, terrorism, communal hatred and several such pressing issues, changing the street names or the quality of the sign boards are definitely not the issues which need to be dealt with on a priority basis. If only our elected leaders felt the same way!