Like many others, I watched ‘The Lorax’ about a month ago. While the movie itself was something I wished we could publicly broadcast at various venues in our city, it was the post-movie conversations among the children in the audience that actually left me thinking. 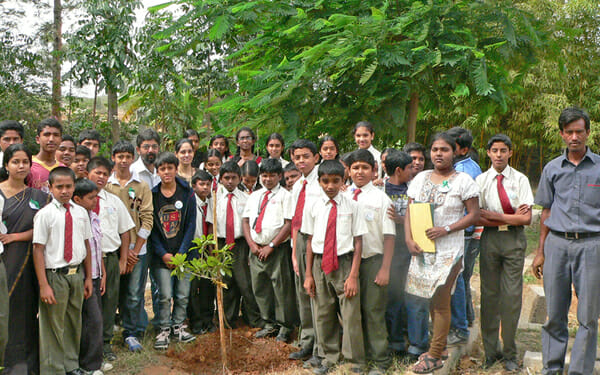 Young ones compared notes on their preferred character; some older children felt that adults would only continue to chop down trees and we would really need electric trees on our streets! Some even shared facts about global warming and climate change. And yet when one of them spotted a bug on a leaf outside and wanted to go closer, others (including the adults) immediately dissuaded her saying it was dirty and she should not touch such things! 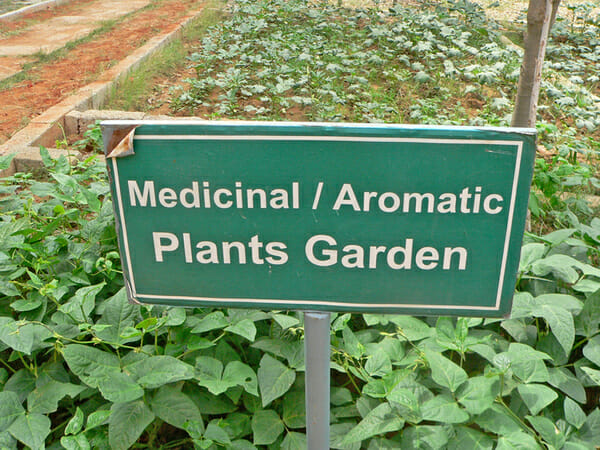 Thinking about it ever since, I find several such instances in our everyday lives with and around children when we offer them conflicting messages, especially about nature. It is no wonder then that children today on the one hand, are “aware” of environmental issues and yet, not really. Yes, they learn about it in school, watch TV shows, are able to state it in theory, but, most often, they do not have a personal connect with nature. 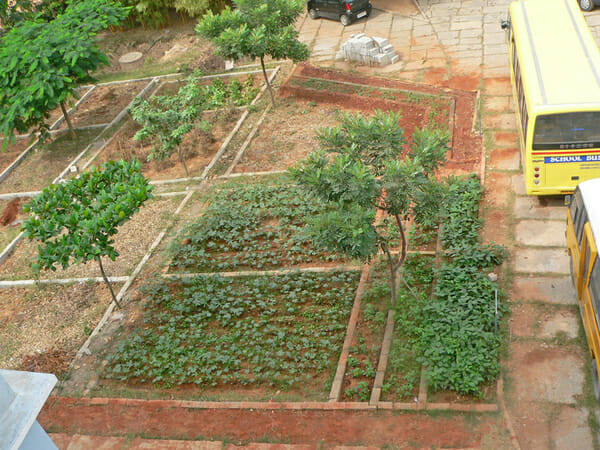 There are also different groups in the city who offer a variety of enriching experiences for children to connect with nature. Parents / Teachers are you listening?

Annadana Soil & Seed Savers Network for school/group visits that leave you armed with the why and how of organic farming – so you can get started in your own little green space.

Daily Dump to understand home composting, to learn about the various little creatures that make composting happen; to know about the larger story of waste.

Green Scraps to doodle with nature

The Gerry Martin Project to enter the world of wildlife conservation

Bamboo Rustles, Vanamitra or Bhoomi Network for Camps & treks that help you understand and appreciate the need to actively preserve our natural history

Typically, urban children today are given little or no opportunity for physical contact with nature. They spend less time in and with nature – so how can they build a relationship with it?

Ironically the more time they spend away from it, the greater the need for children to connect with nature- almost as essential as food and sleep is what Richard Louv (author of Last Child in the Woods) believes. And no its not just about physical health…it’s not something that can be taken care of by enrolling children in an organised sport. It’s far beyond that.

With the pace at which our lives are getting busier and the manner in which technology now has invaded almost every moment of our day, it is only a matter of time before our children do not step outside the four walls of home or classroom at all- since technology will make it possible to simulate various outdoor/nature related experiences within the home or school.

And where will that leave our children? Technologically advanced perhaps but undoubtedly low on the emotional physical and spiritual quotient.

I often hear parents exclaim proudly that their little wards are able to effortlessly navigate a cell phone or play with a tablet without being told how to. …Now seriously, is that really a skill? After all, was it not designed to be intuitive? I think by making it sound like an achievement we are grossly underestimating children’s innate intelligence and intuitive capabilities. On the other hand, if we observe or interact with children in an unstructured outdoor environment, we are sure to be wowed by their imagination, their reasoning power, their curiosity and their potential.

For most schools, the start of the new academic year heralds a new beginning for various co-curricular activities. I recently participated in the inauguration of the Green Club of BM English School. For the past two years, this club has been actively involved in growing and maintaining an organic vegetable and herb garden on their school premises. The produce is used at the school canteen and the surplus shared among the members. The children also save seeds and sell these at the various organic gardening events across the city.

This year, the agenda of the BM English School Green Club also includes sharing their experience with other schools to initiate a similar process. So do get in touch with Dr Rajesh if you/your school is interested.

When we think back, what do we cherish most about our childhood – climbing trees, looking for bugs, collecting dry flowers or leaves, playing with sand or just running around in the neighbourhood with friends?

Today, the traffic, the roads, the buildings may make it seem that we cannot offer them such experiences. But that is not true. We do need to make a little effort but we certainly owe it to them.

So put on your shoes and take a walk with your children, spend some time outdoors, identify the trees in your neighbourhood, form a group with other parents and children to go for a trek. Make a habit of it. And no – you don’t need a longer day or an extra day in the week for it! You just need to remind yourself that it is imperative for your children.

The city of Bengaluru is said to have over 800 parks and that’s probably where we ought to get started – in our very own neighbourhood park. Where lakes once were, we now have buildings so at least claim those that exist and help restore them.