Most of us who have tried to grow plants are sure to have encountered these ‘troublemakers’. They have often ‘spoilt’ our well-laid plans for the garden, or harassed us into spending extra time, clearing them from the garden. In fact it has become such a habit, that even while walking through or sitting idly in the garden, we can catch ourselves picking them off the soil.

I am talking here about what we all refer to as ‘weeds’. Only of late, have I tried to change my lens for viewing these plants. And it’s been a great learning.

Contrary to what we may believe, weeds are there for a purpose – and its not just to annoy us! So instead of instantly thinking of controlling them, we need to understand why they are there and what they are trying to tell us.

Why are weeds useful?

For one, weeds are actually an important indicator of the quality of soil. For instance, the clover or hulichikku soppu is something that grows prolifically in my garden. And guess what – apart from being told not to pluck it by my 6 yr old because she and her friends loves to eat it (its tangy I believe!), and finding out that it has medicinal properties (see edible weeds section below), I discovered that this plant actually indicates a low level of nitrogen in the soil. If you have observed its root, you would see the nodules thus, telling us of the nitrogen-fixing bacteria that reside inside. 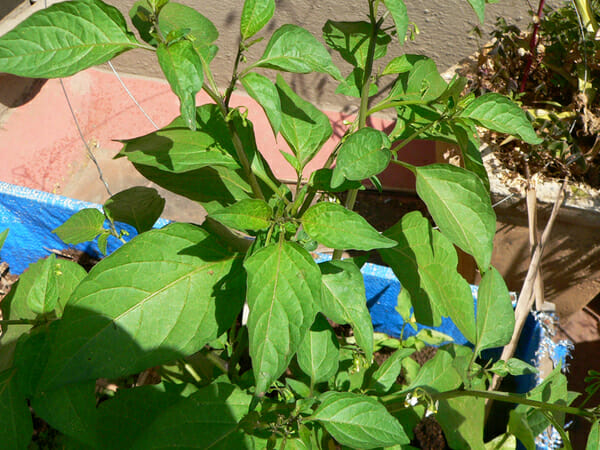 Similarly different types of weeds favour soils that are acidic, compacted, dry or hard and heavy.

Weeds also usually have a long root system that penetrates through the soil and enables better aeration and drainage of the soil. It also allows our domesticated plants to penetrate more easily.

If it were not for the weeds, we would have lost most of our top soil by now. They are a vital link in the soil fertility and food chain. Due to their various properties, weeds are much hardier than our domesticated plants. They are often called pioneer plants as they are resilient plants with unique qualities that allow it to easily grow in soil otherwise unsuited for edible or domesticated plants.

Over time as they grow and decay, they improve the soil by providing it necessary nutrients; thus preparing it for other species that will follow. These pioneer plants usually have either a bitter taste, thorns, or some are even poisonous, so that they are uneaten by animals and are left to do their work of soil building and improvement. So while we may look upon these plants as robbing the soil of nutrients, they are in fact only borrowing it to make the soil healthier and more fertile.

And yet, this is not to say that one can let weeds take over the primary plant. What is critical is to observe the plants and soil and take necessary steps to improve the soil so that the primary plants thrive and the weeds don’t necessarily become too numerous. As you might have noticed, in a fertile soil, that is alive (with microbes) and rich in humus, weeds are not such a problem because the rich soil will decompose and digest some of the weed seeds, preventing them from sprouting. So if they are not needed (i.e. if the soil is rich enough), weeds will not propagate. When looking at ‘controlling these plants, we can make sure that we use only organic methods such as mulching and hand-weeding.

It is interesting to pause and consider that even today a lot of the plants we call weeds are cherished by many as delicacies. And that, many plants that we eat today were once considered weeds – before they were domesticated!

Speaking of edible weeds, Shanti Nayak and Savita Nayak of the Buda folklore centre (Honnavar, Uttara Kanara) have done tremendously useful work to document and share the use of many of these plants that we otherwise discard as weeds. They have shared their work as a presentation here.

Looking at my own garden, I could easily identify a couple of the plants mentioned in their document.

Clover with the nodule. Pic: Vinita

The most prolific seemed to be the clover / hulichikki soppu. While I had known it was not poisonous, I hadn’t known about its edible value! I learnt later from an article by Shanti Nayak that these plants are actually rich in vitamin C, with a lemony taste.

Similarly the nelanelli soppu. In appearance, much like the drumstick plant, it has medicinal value.

Ganke/kaasi soppu with black berries. This was probably the only plant that I recognised as having edible properties, since I remember eating some of my grandmother’s tasty preparations using the black berries.

I think as a start, perhaps we all could stop using the general term ‘weeds’. Instead trying to find out more about the particular plant that has appeared in the garden – its name, its properties and what it is indicative of. Not only would this help us in improving our soil accordingly, it would also help in documenting the nature of different plants for the growing community of home gardeners in our city. Who knows – one might even (re)discover a new edible plant to add to the table!