In the August Oota from your Thota (OfyT) event, not only did I have the opportunity to interact with several garden enthusiasts, I also managed to overhear snatches of conversations among the visitors and participants.

What struck me particularly was how people thronged to buy vegetable seeds sold at the event. Some visitors even fretted over the absence of particular seed varieties! And then there were the school children who had not only initiated and nurtured a vegetable garden but had also saved seeds which they sold that day. 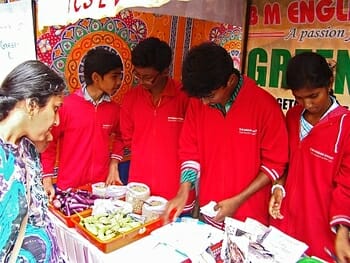 Students from B M English School, had set up a stall to sell organic brinjals and harvested seeds. Pic: Meera K

I think what I really took away from all of this is the criticality of the seed to all attempts at organic urban farming. And how little I truly understood it.

When I first went seed searching to Gandhi Nagar a few years ago, I came back fairly confused – having seen pink bhindi (okra) seeds and beans seeds that were blue in colour. On enquiring I was told the seeds had to be treated to preserve them. It is only much later that I discovered the various organisations and organic stores in the city that sold organic seeds.

Open-pollinated (OP) seeds reproduce themselves true to type. They can be harvested and planted year after year, to show the same characteristics.

Heirloom seeds are OPs that have a long history of being cultivated and saved within a family or group. They have evolved by natural or human selection over time.
Heirlooms and OPs are usually well adapted to their region, making them especially valuable to farmers and gardeners. They hold several traits for drought tolerance, disease resistance, etc.

Hybrid seeds are formed when two plants (of different varieties or species) are crossed for specific characteristics. The seeds of the grown vegetables generally cannot be harvested and replanted the next year. This is because the seed from the first generation of hybrid plants (F1) does not reliably produce true copies.

TIP: Grow as many traditional OP/heirloom varieties of vegetables as possible since they contain a wealth of genetic material that would help to successfully adapt to future conditions – whatever they may be.  And to do this, not only must we buy these seeds from known organic sources, but also contribute to saving these seeds. After all, one of the key features of a organic gardener is to become less dependent on external sources.

Seed saving is an ancient art that enabled humans to move from being hunter gatherers. It is said that until the end of World War II, home gardeners typically saved their own seeds, because high-quality seeds at affordable prices were generally not available. However, seed saving declined with the development of the commercial seed industry, that made low-cost, high-quality vegetable and flower seeds readily available.

Yes, seed saving requires time, effort and attention but what can match the sheer joy and satisfaction of having saved seeds from your own garden for your own use and to swap with other fellow organic gardeners. To save seeds would require that you get to know your plants a little better. But with the ample information available online and the resources and tools offered by Bangalore-based organisations like Annadana and Green Foundation, this should not be difficult. 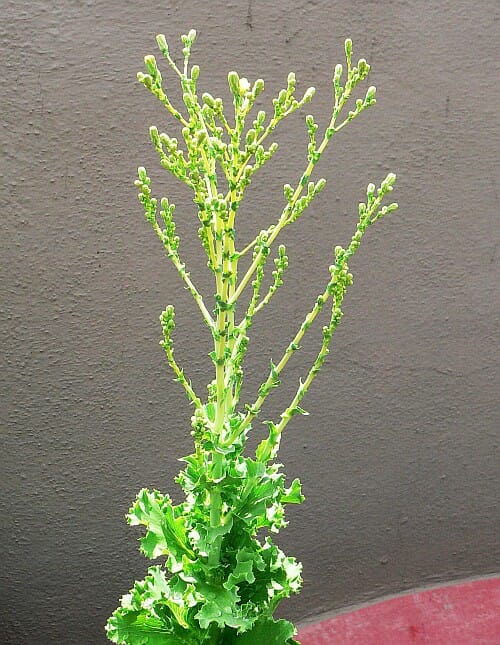 I read that lettuce is one of the easier plants to save seeds. I had two lettuce plants. So when I found my plant bolting (a stalk developing at the top of the plant), I observed the plant carefully over a period of 2-3 weeks. Initially the stalk developed buds that bloomed into tiny yellow flowers.

After a couple of days these flowers closed again (a sign that they had been pollinated) and gradually little white cotton puffs developed. It was time now to pinch the white tufts and collect the seeds. Once collected, they need to be dried thoroughly, labelled and preserved (preferably in the refrigerator) until they are sown.

Suddenly I seem to be looking at the tomato, bhindi and other vegetables growing in my garden anew! Not only are they going to give me food now but they carry within, the promise of several future harvests too! I have decided to make an attempt. I hope to learn and unlearn along the way. ⊕