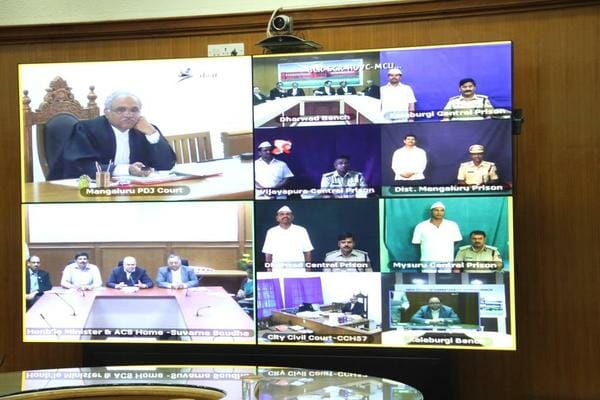 Video conference between courts and jails

The project will provide high definition video conferencing facility to all jails and courts in the state of Karnataka, which is perceived to be a revolution in criminal justice system for speedy disposal of the cases. The video-conferencing system will be provided within the court hall itself, so that the undertrials need not be physically produced in the courts. It reduces the expenditure of transport of undertrials and eliminates the risk of escape of the undertrials during transportation.

Revised application forms are available free of cost at all pass counters. Copies of the same can be downloaded from BMTC website (www.mybmtc.com)

The BMTC press note says that applications submitted in the old format are no longer accepted.

KSRTC has reduced the passenger bus fares by 10% for the premier services such as Rajahamsa, Vaibhav, Airavat, Multi Axle, AC Sleeper, Non-AC Sleeper, Bliss, Superia during the time months (from 01/07/2015 to 30/09/2015). The fares are reduced by 10% (Basic fare) for the passengers travelling on Monday, Tuesday, Wednesday and Thursdays for the above premier class of services.