Bangalore Little Theatre is ready to present our next production Six Dead Queens and an Inflatable Henry (SDQ). Originally produced by Foursight Theatre Group, United Kingdom this popular play which has been produced worldwide by various theatre groups will now be premiering in India. In keeping with BLT’s socially conscious character and commitment to an enlightened agenda, this  all-women’s production is a small endeavour towards highlighting women’s capabilities through a production where women are involved in the creation process right from its start to finish. To that end, the comedy which had been chosen was not only written by women for an all women cast , but also promotes a feminist point of view without being preachy about it. Through the production, BLT hopes to encourage the dynamic women of the city aspiring to explore their creative side to come forward and contribute to the ever-growing culture of theatre here.

SDQ weaves together history and comedy in this tale of three Catherines, two Annes and one Jane – the ill-fated wives of Henry VIII. Betrayed, beheaded, barren, bemused, broken and bored, this royal gaggle is trapped in eternity and forced to share one husband and one bed upon which they sing, dance and fight to assert themselves as the one true queen. The play is one part cabaret, one part biography and a whole lot of comedy.

The queens shine a comedic light on the dark reign of Henry VIII, forcing the limitations of their historical archetypes to the breaking point. As each accepts the challenge of being her true self, enemies are transformed into comrades, and the women behind the titles band together to raise a raucous royal coup against their fat, flaccid, inflatable spouse.

“The purpose of staging this play is twofold – Firstly, it celebrates women from all times and ages; which why we from BLT ensured that we do this not only with an all women cast but with an all women crew as well. Thus, the production is the result of innumerable talented women coming together and creating something extraordinary. I am extremely lucky to have such outstanding women in my team who do not shy away from any challenges. Secondly, we wanted to stage a play that would be rooted in the past yet speaks to the present, especially the past of women as a group and the present that we negotiate with. This play perfectly fits the bill where the queens question their identity, choices, love, desire and legitimacy. But is done with hilarity and comedy and extravagant dance and music. The play will leave the audience in splits but I do hope they also take back with them thoughtful stories about powerful and exceptional women who paved the way for us to live in the present.”, says Shatarupa Bhattacharyya.

The play is being directed by Shatarupa Bhattacharyya, she holds a PhD degree in development studies and simultaneously has been practicing theatre for 9 years. She is a committee member of BLT.

Objectives of the All Women Theatre Production 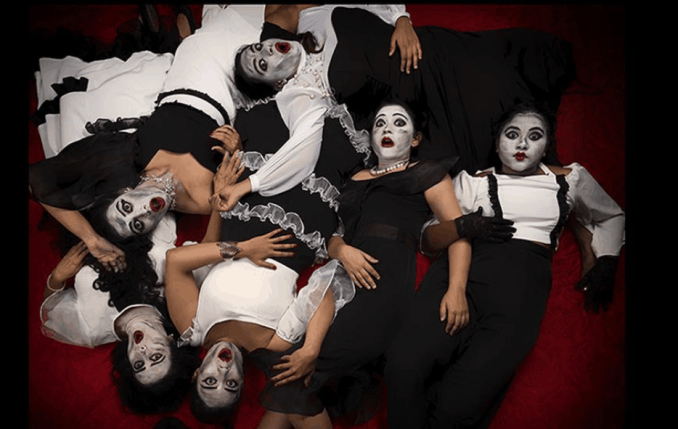 BLT is a Bangalore Institution that has grown with namma Bengaluru over the last 59 years! One of the oldest amateur theatre groups in the country, BLT prides itself in being contemporary and relevant to the times. It has successfully reinvented itself periodically without losing its character by ensuring a membership centric culture and not dependent on a single founder. In addition to doing plays, it invests in outreach and developmental activity through schools, colleges and the general public. It is a registered Public Charitable Trust with non-profit status and Income Tax Exemption. Following from that, artists participate in the performances in a voluntary capacity, with no personal remuneration, except reimbursement of production-related expenses.

BLT is a very gender neutral organisation, women have always been part of important roles in the organisation. From being Presidents and Secretary of the committee, writing plays, directing plays, managing productions to training trainers, women are everywhere. Not to forget that plays highlighting women are also regularly produced.

About Poornima Kannan 0 Articles
Poornima is an avid blogger with keen interest in urban wildlife.She is also a freelance communication consultant with special interest in organisations that work towards a social cause.