Who doesn’t want to buy new footwear often? But there is such a thing called ‘wallet factor.’ Many youngsters cannot afford to spend too much on footwear – so small time footwear shops are an affordable alternative. 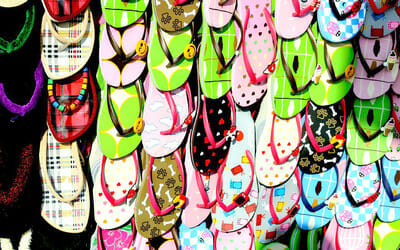 I buy sandals sold on the roadside; they are classy and affordable too. I don’t like to wear same footwear for a long time, so this is the best deal, I can buy these for just `100", says Shruti Gombi, 22, a student.

College students favour these shops the most. "We have all the latest things which customers want. We get all our footwear from Mumbai. We sell it for not more than `150, there is profit or else who would want to sell at such low rates", says Basheer Shafi, 25, a shop owner in Jayanagar. 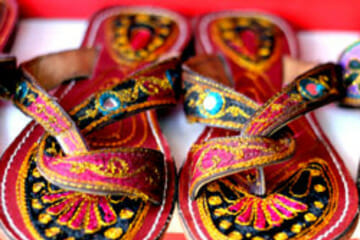 Another shopkeeper in Jayanagar, Mohammad Muzzamil, 28, when asked about the difference between these sandals and branded footwear explained "the quality is superior (in branded products), but for daily use, our footwear is feasible, durability is pretty good, it does not cost much and you can buy new ones whenever you feel like."⊕

About Nagashree Gururaj 14 Articles
I am a final year journalism student with a penchant for photography and writing. I live in Hanumanthanagar.