Both teams have been promoted to A Division for the year 2012-13. Five teams – BWSSB, Young Muslims, Goans, Sunrising and BHEL (EPD) have been relegated to C Division. Thirteen teams had participated in the championship held in Bangalore Football Stadium. 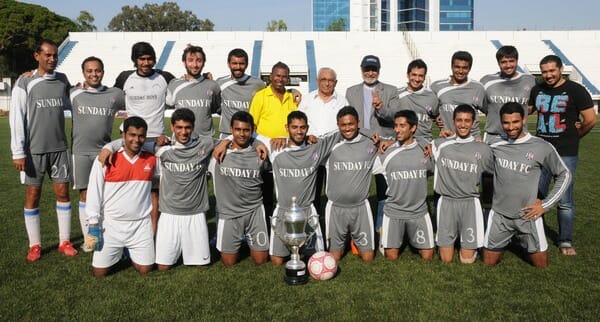 A R Khaleel, Founder President of Jawahar Union, received the championship trophy on behalf of the team. ⊕