For the last two months, young recruits from BBMP (Bommanahalli Zone) have been actively canvassing for waste segregation at source in large apartment complexes along Bannerghatta Road and parts of JP Nagar. The recruits in their late twenties or early thirties have been appointed to the posts of Deputy Environment Officers and Environmental Engineers. 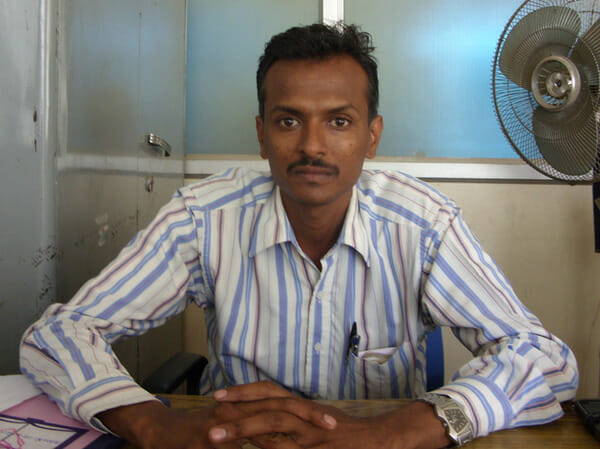 Santosh Kumar, one of the Deputy Environment Officers, a chemical engineering graduate in his late twenties says that it was not a conscious decision by the BBMP to send young officers to canvas for waste segregation. "BBMP has been recruiting new officers hence there is an inflow of young blood," he says.

The recruitment of young people by the Palike, which does not particularly have a youthful image, has had a positive impact. "People have noticed this and when we go to canvassing, they pay more attention to what we say and respond to our suggestions better," says Santosh. Bommanahalli currently has three Deputy Environment Officers and five Environmental Engineers. They are in charge of overseeing proper collection and disposal of garbage by contractors in the wards allotted to them. They are also entrusted with the additional responsibility of conducting such campaigns from time to time.

"Till now the teams have canvassed in some 25 large apartment complexes, meeting with resident associations, distributing pamphlets and explaining the advantages of segregation," says Santosh. He says that their initiative has been received well so far with several resident associations expressing interest in implementing segregation. "Some associations have asked us to come back again and that they would assemble all the residents to attend the meeting." The drive will go on for about three to four months more and after large apartment complexes, the teams will target medium and small apartments. 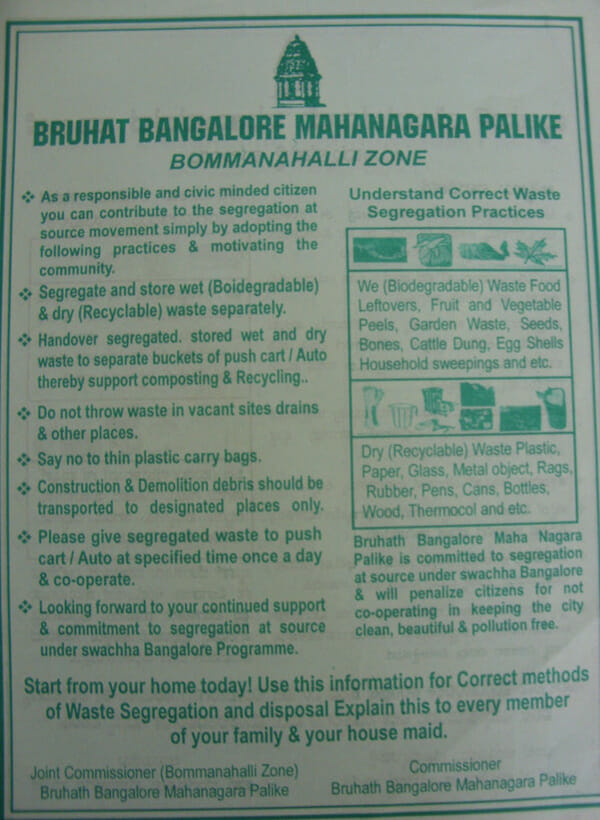 Apart from spreading the word, the BBMP has distributed 1000 bins each to residents in parts of Vasanthapura, HSR Layout and Singasandra, on a pilot basis to encourage waste segregation.

About Yogaraj S Mudalgi 15 Articles
Yogaraj Mudalgi works in the educational training industry and takes an interest in all things happening in Bangalore.