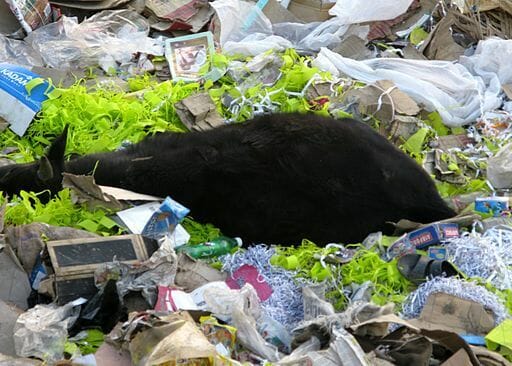 While plastic may seem almost indispensable in our daily lives, we tend to remain oblivious to the harm that we cause to animals and the environment by using this material in almost every aspect of our lives. Plastic is not bio-degradable in that it cannot be decomposed into simpler chemical constituents. It remains in the environment for thousands of years, endangering various life forms. Therefore, this year, the state government of Karnataka took the momentous decision to ban the use, sale and distribution of various items of plastic across the state.

As per the notification, shopkeepers, vendors, hawkers or salespersons can be prosecuted for selling, storing, distributing plastic and thermocol items of any thickness. The banned items include bags, banners, flags, plates and other cutlery. It excludes plastic for export, packaging material and for use in milk packets, hospitals and in nurseries.

The problem of plastic is particularly serious in a country like India that has an open system of garbage, whereby waste is collected in plastic bags and dumped in open dumpsters on roadsides. If this garbage is burned, the plastics release carbon dioxide and other chemicals, many of which are known carcinogens and contribute to air pollution.

It is common in most Indian cities and towns to see cattle roaming the streets and rummaging through garbage for food. Out of sheer hunger they eat plastic bags and other material, based on the mere whiff of something edible. Since their stomachs cannot digest plastic, it remains lodged within and hardens after a certain period, blocking their abdominal cavity. This further prevents digestion of anything else that they may consume and ultimately, these animals we often see with bloated stomachs suffer a very painful and torturous end.

Even wild animals are susceptible to the dangers of plastic. In 2002, 18 deer at Bengaluru’s Bannerghatta National Park were found dead after having eaten plastic. If this is the state of affairs in a national park, then what of the thousands of other deer, elephants and other herbivores that live across India’s less protected landscapes?

Death by plastic is a phenomenon that extends to riverine and marine life too. The problem is so grave that India ranks 12th among countries that dump the most plastic in oceans. At least 0.6 million tons of mismanaged waste is allowed to enter the ocean annually from Indian shores. Untreated sewage and garbage is allowed to flow into lakes, rivers and oceans, thus polluting water bodies. Moreover, turtles, fish and other organisms living in these waters mistake plastic for food and consequently suffer.  Sometimes bits of plastic also get lodged in their nasal cavities or entangled in their limbs, causing severe distress and life-threatening injuries.

Given the problems that plastic poses to animals, we urgently need to reduce our dependency on this material. Various eco-friendly alternatives to plastic such as jute and hemp bags, or biodegradable cutlery made from sugarcane and bamboo already exist. Recently, a material called bioplastic has been developed that uses corn and potato starch in place of petrochemicals during the manufacturing process. Plastic containers can also be replaced by reusable glass, ceramic or metal containers.

In cases where no alternatives to plastics are found, we must play the part of responsible citizens and ensure proper recycling and disposal of plastic items so that it does not enter the food chain. Meanwhile, it would be most welcome if the rest of the country too follows the footsteps of Karnataka in ending the destructive trail that plastic inevitably leaves in its wake.